Tencent’s Dr. Ling Ge on How Quantum Can Transform Our Economy and Ecology in the Next Century

At The Economist’s Commercialising Quantum event on May 17, Dr. Ling Ge, General Manager of Corporate Development Group and Chief European Representative at Tencent, discussed the opportunities and case studies she observed from quantum technology.

Below is an excerpt from her speech that has been edited for brevity.

Quantum computing has the potential to be a defining technology of the 21st century. It will help unlock breakthroughs across many fields, from drug discovery to decarbonization. When harnessed properly, the economic and ecological benefits are hard to overstate.

Yet, quantum technology is still very much at the proof-of-concept stage. While the potential of quantum technology is theoretically sound, the hardware to achieve it doesn’t exist as of today. There are still a lot of important unknowns, and implementing the technology will be a long and complex process. The key is to balance the justified optimism in this field, while being realistic about how much work there is ahead of us.

The fundamental promise of quantum technology lies in its ability to make classical computations billions of times faster than even the most powerful computers of today. That means quicker innovations using significantly less energy and time – hence the optimism it could solve two of the biggest challenges of our time: achieving economic prosperity and saving us from climate disaster.

But what exactly that looks like is difficult to predict. When we reach a point where we have quantum computers with such capacity, it will be similar to when Galileo first turned his telescope to the sky. Galileo knew he had a powerful tool that would revolutionize the understanding of the universe. But he didn’t know what he would discover.

Nonetheless, there are credible estimates that quantum computing could create US$450 billion to $850 billion of value in the next 15 to 30 years, and $5 billion to $10 billion could start accruing to users and providers as soon as the next three to five years, according to Boston Consulting Group.

So where can quantum technology make an impact? One area I’m really excited about is drug discovery. There are already many companies, including Tencent, working to use quantum algorithms to predict protein folding or antibody structures and better understand how antibodies can attach to target molecules. A breakthrough here could be transformational in our fight against cancer and neurological diseases.

Battery simulation and material design are other areas that are hugely important in our social and economic future, and that will be transformed by quantum technology. Currently, these processes consume large amounts of resources and power. Applying quantum technology could drastically reduce their carbon footprint, not to mention allowing us to create far superior batteries and materials much more quickly.

There is a difference between applications that are most transformative and those that are likely to come first.

Because the physical world is not governed by classical rules but by quantum ones, the truly transformative applications of quantum computing will be the ones that follow a simple principle – nature is quantum. 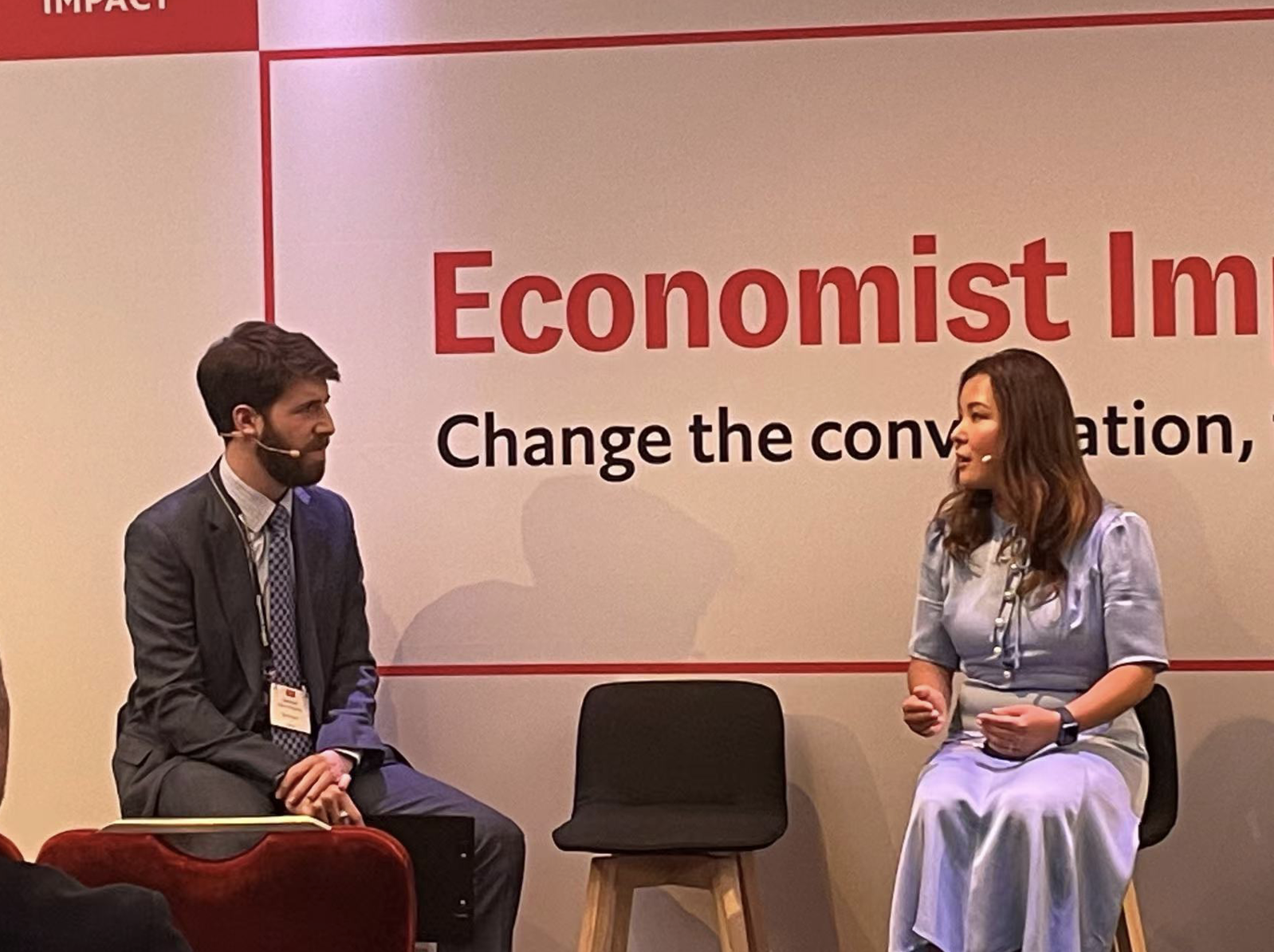 If we want to model nature, we need a machine that works like nature. Properties such as quantum superposition, entanglement, and how particles interact with each other, play important roles in many scientific fields, from quantum chemistry to energy storage, to drug discovery. To make real progress, we need to model quantum processes, and to do that, we need a quantum computer.

In terms of timescales, there are certain use cases such as optimization and machine learning problems where it is estimated that only 10s or 100s of logical qubits are required. These are the use cases that we can expect to see within the next five to 10 years.

Beyond that, there are more complex use cases such as the modeling of chemical processes like the Haber Bosch process, where we estimate several hundreds to several thousands of logical qubits will be required. This will be in the so-called fault-tolerant era, and it may take a decade or more to get there.

Quantum as a Solution to Climate Challenges – Will it be Too Late?

Climate change is not going to be a ‘one-off thing’ that we can fix by 2050 and never have to worry about again. And what’s not in doubt is that quantum can be a viable medium- or long-term solution to climate challenges.

But of course, the urgency of the climate crisis has to be reconciled with the long-term potential of quantum technology. There is no guarantee whether certain advances such as quantum technology improving batteries will necessarily come ‘too late.’ But the scientific community in quantum is advancing at a tremendous rate and there are reasons to be optimistic.

The keyword here is the ecosystem. In the last five years particularly, we have seen the ecosystem starting to develop, with big players like Google, IBM, Microsoft and Honeywell driving the innovation. But there is also a network of smaller start-ups that have made specific contributions in certain areas – for instance, quantum start-ups focused on chip cooling, or translating classical code to quantum code.

The speed at which we can progress with quantum will depend on this ecosystem getting more mature – for example, better collaboration between private companies and academia, alongside investments from governments. If we get this ecosystem really working, we can see innovation delivered a lot faster, and maybe make that contribution to climate change sooner than we expect.

Tencent’s Principles as an Investor in Quantum

At Tencent, we take a long-term perspective on quantum. In our own quantum lab, we are focused on fundamental research, first principles simulations and quantum algorithms, and how these might serve enterprise customers.

In terms of investments, we take a science-driven approach. One of the challenges in investing in quantum is what we call the ‘black box’ paradox. The challenge of evaluating early-stage deep tech companies in areas like quantum, nuclear fusion or biotech is difficult because the core technology is in its early proof-of-concept phase. It is hard to evaluate and understand at what stage of maturity it really is.

Therefore, we take appropriate steps to mitigate the risks of this black box paradox depending on the investment stage (Series A / B / C / Pre-IPO). This is primarily achieved through our deep technical expertise, which allows us to really understand what is being developed and its maturity.

Our team is led by science and technology experts, which makes us uniquely experienced as an investor. We leverage our own quantum experts in assessing the tech, and evaluating scientific publications, patents, benchmarks, and so on. That helps us separate the ‘noise’ from the real innovation. That’s especially important in quantum, which is at the very upper end of technical complexity.

Another dimension of investing in quantum technology is the fact that there are still some important unknowns. For instance, we still don’t know what the best hardware approach is for qubits, ion traps, superconducting, silicon, photons, neutral atoms, and electron spins. Different approaches are at different stages of development, with both advantages and disadvantages around scalability, decoherence time, fidelity, and computational time. Investors who want to get into quantum should think about a diversified approach, rather than betting everything on one horse.

If we think back to Galileo, his incredible discoveries were enabled by his telescope. I believe quantum computers will be as powerful for us as the telescope was for Galileo back then. Imagine all the discoveries that lie ahead of us when quantum technology goes mainstream – I really think it is the most exciting time to be working in the field.