Restore the Jiankou Great Wall in the spirit of digital workmanship

The Jiankou Great Wall restoration project is sponsored by the special fund for the Great Wall Protection. After rounds of inspections and deliberations by expert panels, a scientific and sound project plan has been formulated and approved by the competent authorities. Today marks the official commencement of the project.

In an attitude responsible for the public and the history, combined with the principle of “the minimum intervention” in the cultural heritage, Tencent has been meticulous about every detail in the spirit of “digital workmanship”, in the hope of setting an example and provide significant clues for restoring other sections of the Great Wall. At the ceremony, the experts in restoration project and engineers explained and demonstrated the repair process to help more people understand the restoration concept of the Great Wall.

In addition to raise funds for the Great Wall restoration through charity events, Tencent took advantage of the digital technologies, combined with its own business and platform advantages, to help more people better know about the Great Wall and participate in the preservation of the Great Wall culture on the Internet without leaving home.

Ge Yan, the general manager for the government affairs of Tencent and director of the Great Wall Special Fund, said in his speech at the ceremony that Tencent is committed to revitalizing cultural heritage through connectivity business, evidenced by the official launch of the livestreaming mini program “Moments of the Great Wall” and the Next Idea Tencent creativity contest to collect the Great Wall heritage logo.

The “Moments of the Great Wall” is a mini program produced and operated by Tencent to broadcast the landscape of Great Wall live. Forty-one related scenic spots-running organizations in the Great Wall Protection Alliance will join the livestreaming program. Users could appreciate the magnificent scenery of the Great Wall on their mobile phones whenever and wherever possible.

At the same time, by virtue of the Next Idea Tencent creativity contest, Tencent collect the Great Wall heritage logo from around the world. The Great Wall was among the first batch of organizations for cultural heritage conservation in China to be enlisted as the UNESCO World Heritage in 1987. Thirty-one years have passed since then, but it hasn’t had an exclusive logo.

On the basis of physical repair and digital reconstruction, Tencent hopes to explore more possibilities in the field of “technology + culture”, with a view to preserving and rejuvenating the traditional culture.

At the commencement ceremony, Mr. Ge Yan introduced a series of new measures to build a “cultural Great Wall” in line with new concepts in culture and creativity.

In October 2017, Tencent Culture & Creativity, the publicity platform of the Internet plus Chinese Civilization, joined hands with Tencent Next Idea to launch a contest on the designs of the Great Wall heritage logo. It finally produced three distinctive peripheral products in culture and creativity, featuring the images of the Great Wall guardians, which made their debut at the overseas exhibition of Chinese cultural and creative works held together with the Art Exhibitions China in the Louvre of France. These lovely and vivid peripheral products are expected to hit the platform of Tencent Culture & Creativity for sale and all the profits will be donated to the China Foundation for Cultural Heritage Conservation for the Great Wall protection.

The upcoming international tournament of the Honor of Kings Champion Cup beginning from August 1, 2018 has launched the “Commencement Ceremony of the Jiankou Great Wall Restoration Project & KPL E-Sports Star Charity Event” to display the “Chinese business card” to the participating teams from all around the world and publicized the Great Wall culture. The star pla 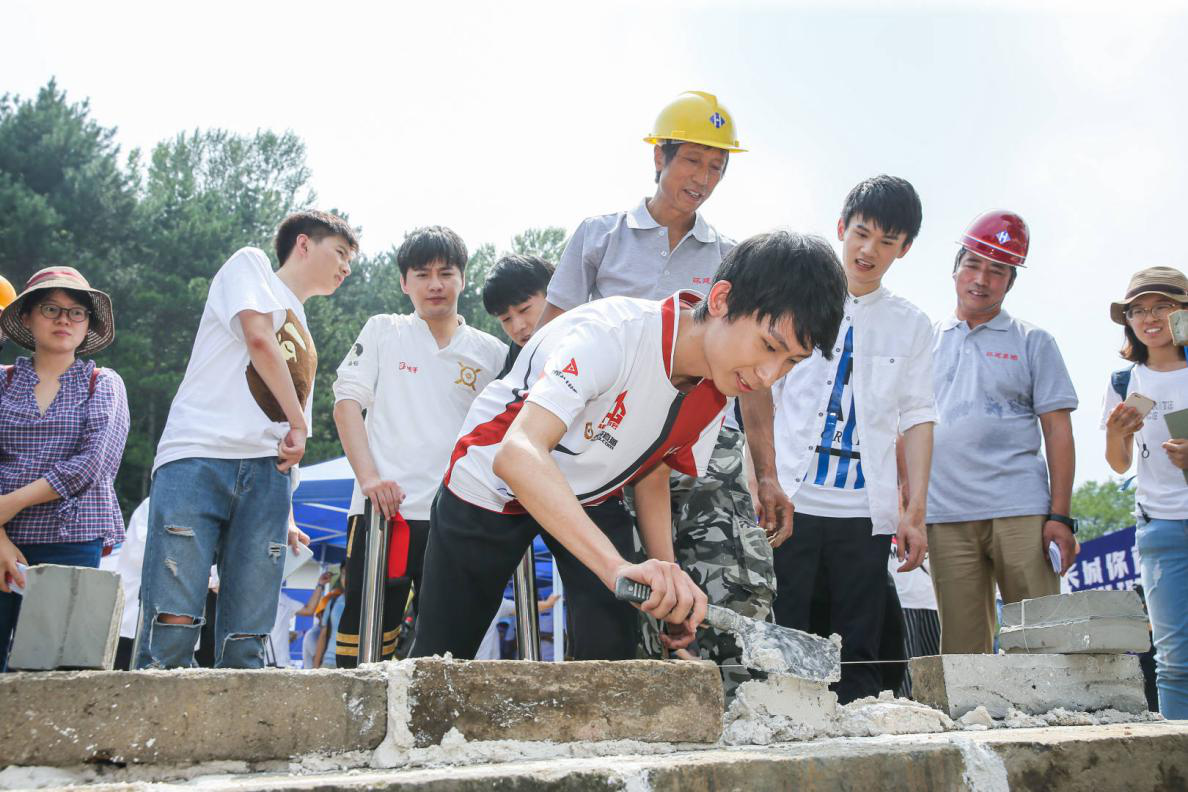 Ge Yan said that the cooperation has begun in the R&D stage of the game. Set in the four renowned passes of the Great Wall, namely Shanhai Pass, Jiayu Pass, Yumen Pass and Zijing Pass, the game gave the anthropomorphic presentations about the Great Wall to pass on the positive energy of protecting the cultural heritage.

In July 2017, the 30th anniversary of the Great Wall being enlisted as the UNESCO World Heritage, Tencent and its subsidiaries, including qq.com, King of Glory and Guardian Project, initiated the scheme of “Let’s Build the Great Wall Together” at the foot of the Mutianyu Great Wall. Vice President Cheng Wu of Tencent noted that Tencent’s efforts to preserve the Great Wall culture focus on two dimensions: preservation and reinvigoration. Tencent will adopt the latest technology to preserve the original features of the cultural heritage to the largest extent, while reinvigorating the charms of the Great Wall by connecting the long-established cultural heritage with the people’s life, especially the young people, through Tencent’s technological platform and making the Great Wall a vital part of the contemporary culture.