On August 15th, 2018, the 2018 Forbes China Innovation Summit themed on “New Drivers in Global Innovation” was held in Chengdu. The summit highlighted members of the list of “Most Innovative Companies” published by Forbes China as well as the U.S. edition of Forbes to share the forward-looking information on global finance and technology. 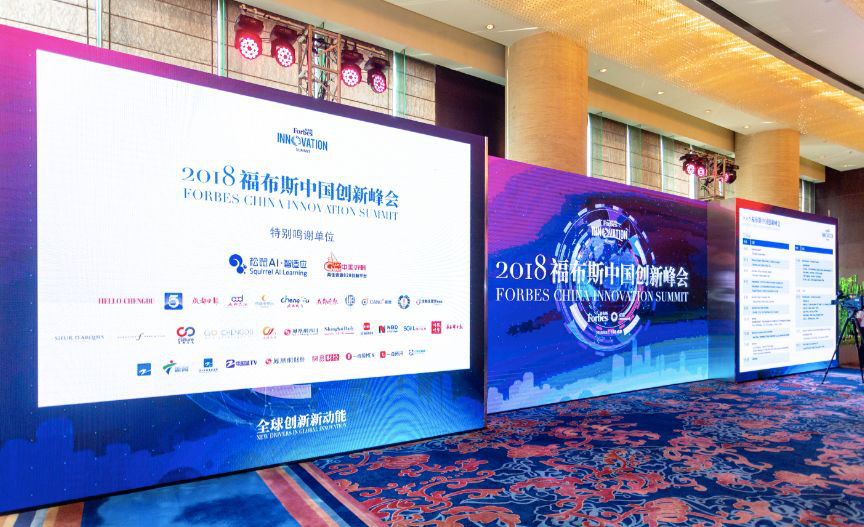 Tencent Comic is the only comic company on the list of 2018 Forbes China 50 Most Innovative Companies as “a powerful driver for Chinese comic”. It’s joined by other companies in the entertainment industry on the list, including Iqiyi, Maoyan-Weiying and NetEase Cloud Music.

CEO Sherman Lee, CMO Tom Davis and Editor-in-Chief Russell Flannery of Forbes China, CEO Ruimin Zhang of Haier, Global Media and Communication President Joy Tan of Huawei, Vice President Min Fan of Ctrip, among others, gathered at the summit. Zou Zhengyu, general manager of Tencent Interactive Entertainment’s animation business, attended the summit on behalf of Tencent Comic and shared his thoughts and experience on the innovation-driven growth of Chinese comics. He noted that “Tencent has proposed the neo-culture creativity strategy in the hope of exploring a development path befitting the culture of Chinese comics.” 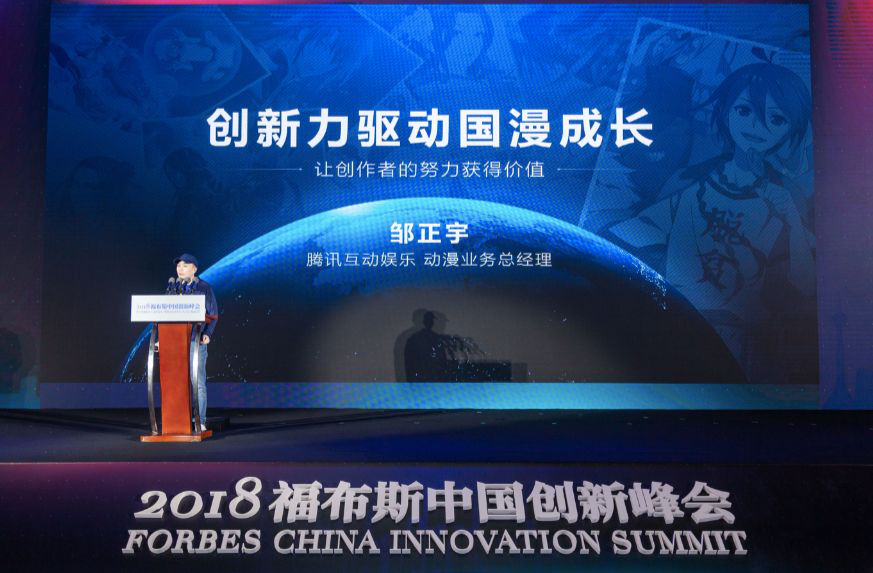 Statistics show that the user ba

The post-90s and post-2000s generations are no longer satisfied with simple and repetitive contents and have posed higher demands for multidimensional comics and animations. Having recognized such changes among the consumers, Tencent Comic has focused on increasing the diversity of contents in themes and forms in a bid to lead the market, instead of being led by the market as before.

“In addition to consolidate the quality IP, such as Fox Spirit Matchmaker and Hitori no Shita: The Outcast, we have gradually ushered into a stage of taking the initiative and leading the market, rather than focusing on the single dimension of popularity, ” noted Zou Zhengyu. 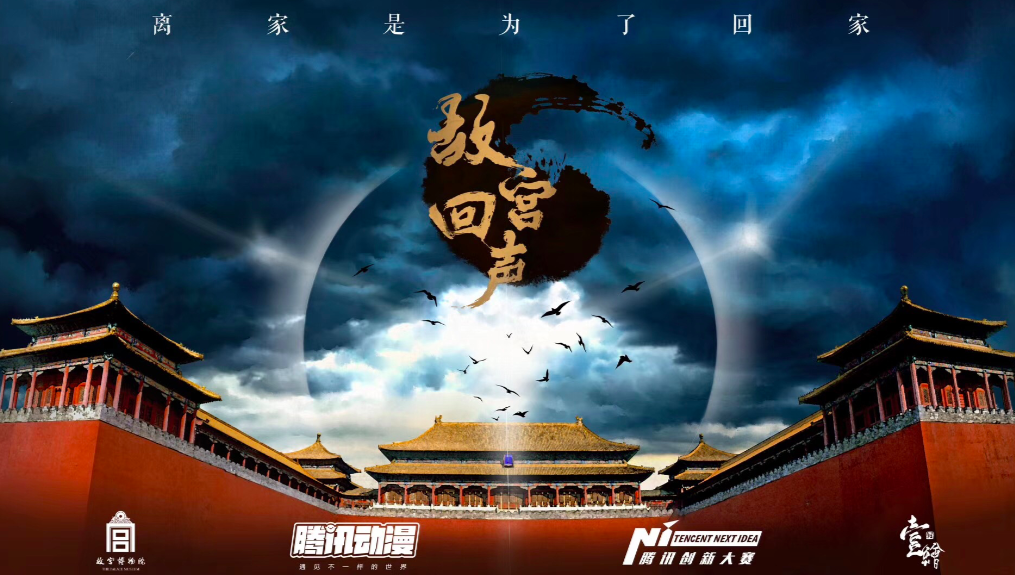 Moreover, Tencent Comic has teamed up with the Palace Museum to develop the themed comic Echo of the Palace Museum, established strategic cooperation with Dunhuang Academy to produce the Dunhuang-themed comics that will be launched in September, cooperated with the copyright committee of Jin Yong and Gu Long’s works to adapt their martial arts novels into comics, made attempts at interdisciplinary works, and made other attempts at interdisciplinary works. This should be viewed not just as an innovative development of the traditional culture, but also as a way to diversify the comic contents.

Dunhuang-themed comic co-produced by Tencent Comic and Dunhuang Academy is expected to be launched in September.

Tencent Comic expanded its business with the strip comics in 2016, as a result of attempts to better adapt to the Chinese reading habits and the development of Internet technology. In 2017, Tencent Comic partnered with Internet celebrities, including Qin Qingxia, Lin Ji and Han Zuzheng. In addition, Tencent Comic joined hands with Nanpai Sanshu, a great litterateur whose real name is Xu Lei, to create a quality work “Not Easy for the Prime Minister” (literally Dai Jia Chengxiang), with a view to further enriching the content of strip comics.

In 2018, Tencent Comic has continued to make strong moves in strip comics. The comic strip ti

Most importantly, recent years have seen continuous explorations of Tencent Comic to innovate the forms of payment to pay back to the creators. A mature IP copyright development system has been developed to bring longer-term benefits to the creators. “For instance, the creators could gain earnings in a faster and more direct way in various forms like signing bonus, remuneration, shared revenue, and others on the platform of Tencent Comic,” said Zou Zhengyu. 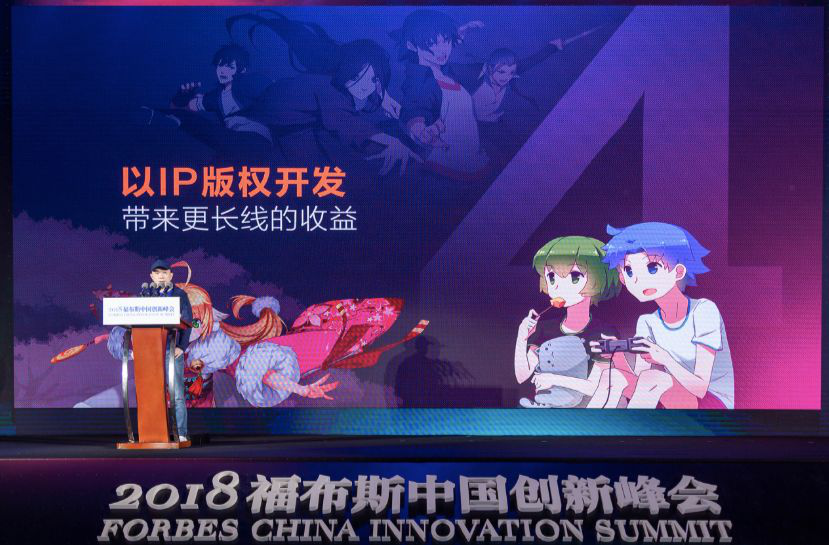 Thanks to such innovations in the forms of payment, Tencent Comic helped creators get a total revenue of RMB 140 million in 2017, including RMB 80 million from paid reading, registering a 166% growth compared with 2016. In the meanwhile, Tencent Comic will directly invest in some promising creative teams. 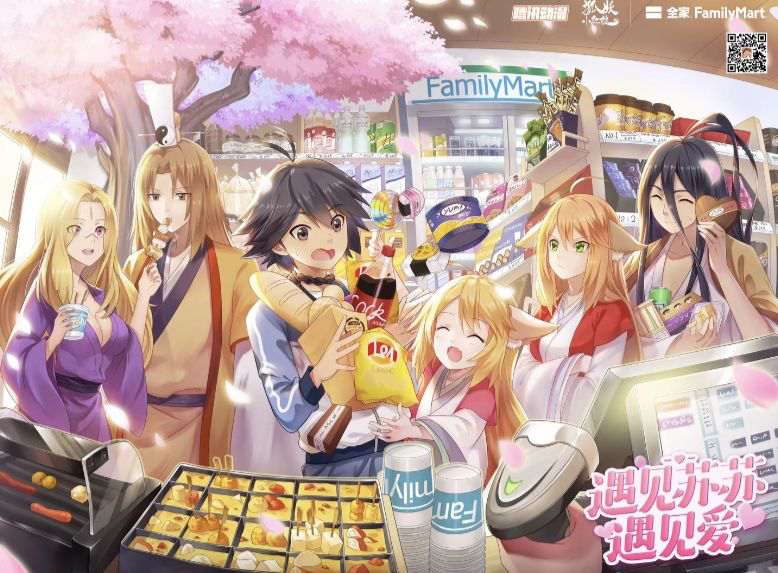 Currently, Tencent Comic has been authorized to adapt 39 works into films or televisions, including “Little Green and Little Blue” and “Temptation of the Cat Demon”. The mobile games of Fox Spirit Matchmaker developed by Aurora Studios and Hitori no Shita: The Outcast by MoreFun Studio will be launched this year. The crossover cooperation between the celebrity IP Fox Spirit Matchmaker and Family Mart gave birth to limited accessories of Fox Spirit Matchmaker, prompting the redemption for 220,000 gifts and generating sales of roughly RMB 5 million, almost equal to the sales of accessories for the authorized film Warcraft. The comic dominated the list of special recommendations of the Asian Animation & Comic Ranking. In addition, we’re in progress toward the crossover cooperation in various celebrity comics IP.

The cultural mission of Tencent’s neo-culture creativity ecology: make the Chinese animation live up to the expectations of the times

In 2018, Tencent proposed the neo-culture creativity strategy, covering five pan-entertainment businesses of games, comic and animation, online literature, film and television, and e-sports. In the new era, it’s a way of cultural production with the focus on IP development and with the purpose of creating a growing number of widely popular Chinese cultural symbols. “Tencent itself is a technology company, as well as a cultural company. Within the neo-culture creativity ecology, it’s our cultural mission to make continuous innovations for the Chinese animation to live up to the expectations of the times.” 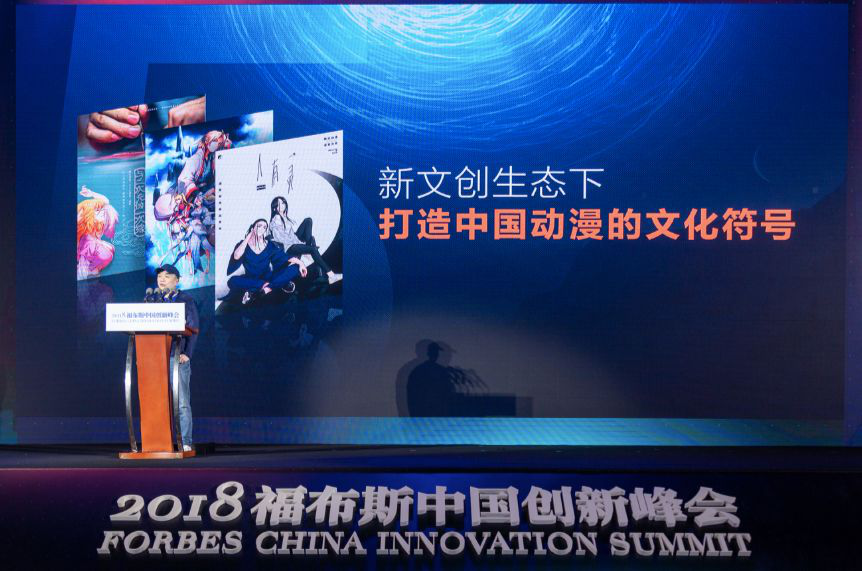 Since the export of animes Lingjian Mountain (or There was once a Spirit Blade Mountain) and Hitori no Shita: The Outcast to Japan, the Sino-Japanese works or the works targeting at the Japanese market have come into vogue. The above two animals feature innovative interpretations of xianxia (a fantasy version of wuxia, martial arts) system and Taoist culture, winning enormous popularity among the young people at home and abroad. Just as Zou Zhengyu put it, Lingjian Mountain and Hitori no Shita: The Outcast were favored by users at home and abroad because of “the genuine feelings behind the culture as well as the culture mirrored by genuine feelings”.

The development of overseas anime market reveals that in the long run, the development of symbols with national cultural characteristics has great significance and is capable of creating IP values. Zou Zhengyu said that Tencent Comic looks forward to creating more popular IP of Chinese anime and growing to be a symbol of Chinese culture. 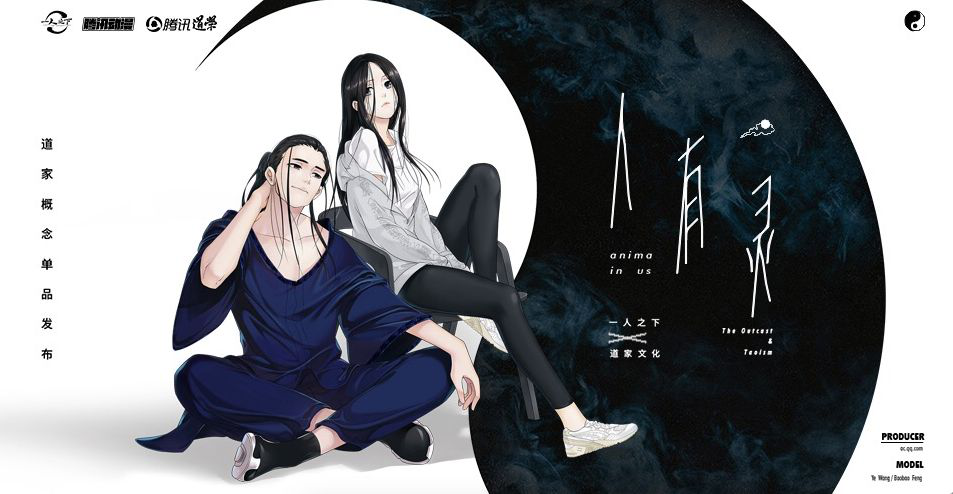 (The brand Anima in Us derived from Tencent anime Hitori no Shita: The Outcast)

In the past, when asked about the favorite anime characters, most young people in China would automatically think about the Japanese or American ones. Today, the booming Chinese animations have won growing population among the young generation in China, while some works have hit the overseas market. This should be owed to the painful efforts made in the animation industry, and more importantly, to the love of young people for the Chinese culture. As Zou Zhengyu said at the summit, “We hope that Tencent Comic could serve as an entrance to a world of bountiful high-quality contents, in the hope of nourishing the young generation, helping all creators fulfill their anime dream and making the Chinese animation live up to the expectations of the times.”