On July 25th, the 2018 Tencent Next Idea Music Creativity Contest kicked off as the theme song Magnificent Landscape in Painting sung by Jackson Yee, a member of the popular Chinese boy band trio TFBOYS, hit online. The song is jointly created by famous musicians Vincent Fang and Zhang Yadong ba 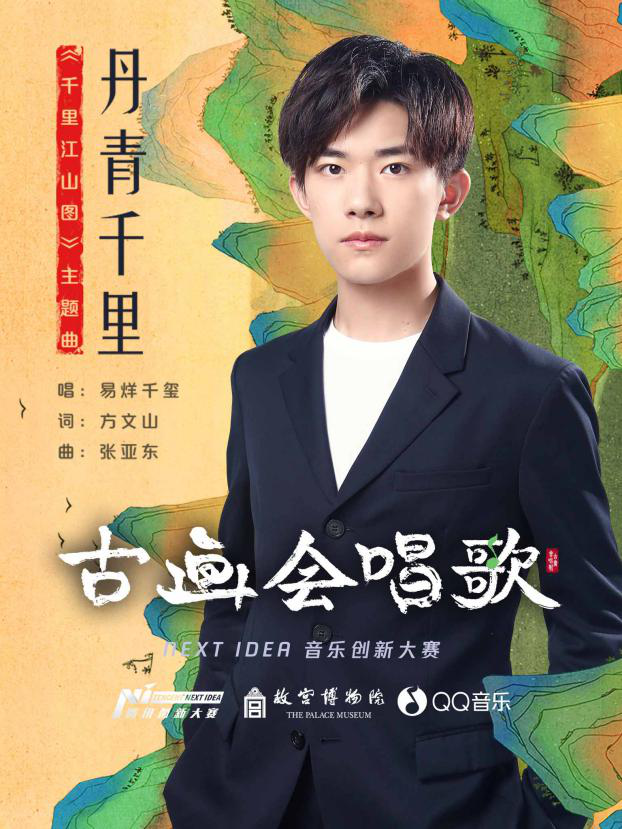 As a part of the Next Idea Creativity Contest, the event is jointly sponsored by the Palace Museum, Tencent Next Idea Creativity Contest and QQ Music on the theme of “Ancient Paintings Can Sing”, with a view to encouraging young people to publicize the cultural connotations in ancient Chinese paintings and carry forward the traditional culture by means of music creativity.

According to Director Shan Jixiang of the Palace Museum, “This is a new attempt at cultural innovation. The Palace Museum joined hands with Tencent to launch the music creativity contest on creating music ba

“The original intention of the Next Idea Creativity Contest is to stimulate the young people’s creativity and make the traditional and classic cultural IP to shine in the digital era. This time, Tencent partnered with the Palace Museum and made a daring breakthrough in the contest to collect music creativities for ten renowned paintings with a history of a thousand years in the Palace Museum’s collection,” noted General Manager Li Hang for Tencent’s marketing and public relations. “Tencent is an Internet-ba

This music creativity contest puts emphasis on the cultural implications of ancient paintings and the creativity of the young generation. It’s reported that the Palace Museum has authorized the use of famous paintings in its collection as the source of inspiration for contestants, including A Thousand Miles of Rivers and Mountains, Along the River during the Qingming Festival, Night Revels of Han Xizai, and The Goddess of River Luo. These paintings are from various dynasties, including the Eastern Jin Dynasty (317-420), Tang Dynasty, Song Dynasty, Yuan Dynasty, and Ming Dynasty, boasting rich cultural implications and superb painting techniques. The Goddess of River Luo, the most ancient famous painting by the celebrated painter Gu Kaizhi from the Eastern Jin Dynasty (317-420), was produced over 1,600 years ago. The painting A Thousand Miles of Rivers and Mountains was created by the painter Wang Ximeng in the Song Dynasty at the age of 18.  ba

In 2018, Vice President Cheng Wu of Tencent upgraded the previous “pan-entertainment” strategy to “neo-culture creativity” strategy, in the hope of deepening cooperation with cultural organizations to establish a new community of cultural and creative collaboration. He believes that “the best way to carry forward the traditional culture is to bring it back to the public, especially the young generation. As for the reinvigoration of traditional culture, Tencent will connect the tradition with the future, the youth with the art, the elites with the public, and the culture with the technology. ” Tencent Next Idea Creativity Contest will be an important carrier to connect the young people with traditional culture.

Tencent Next Idea Creativity Contest was launched by Tencent in 2012, with the aim of tapping, stimulating, nurturing and incubating the imagination and creativity of the young generation, and thus reinvigorating the world cultural heritage with the young people’s creativities. It has now become an incubation platform of the young talents with creativity in ten culture and creativity fields, including games, literature, comics, and films and television.