On August 19th some 1,000 villagers, experts and representatives from all walks of life gathered in Heze City of Shandong Province to attend the Tencent WeCountry Conference. At this Internet conference of the Chinese farmers, discussions on the theme of “WeCountry for Everyone” were held to explore how to take advantage of the Internet to “connect feelings, information and wealth” in rural areas, innovate the grassroots social governance and develop the E-commerce in rural areas against the backdrop of building “digital China”, effectively integrate smart villages with rural revitalization, and help villages develop their own personalized Internet business card. 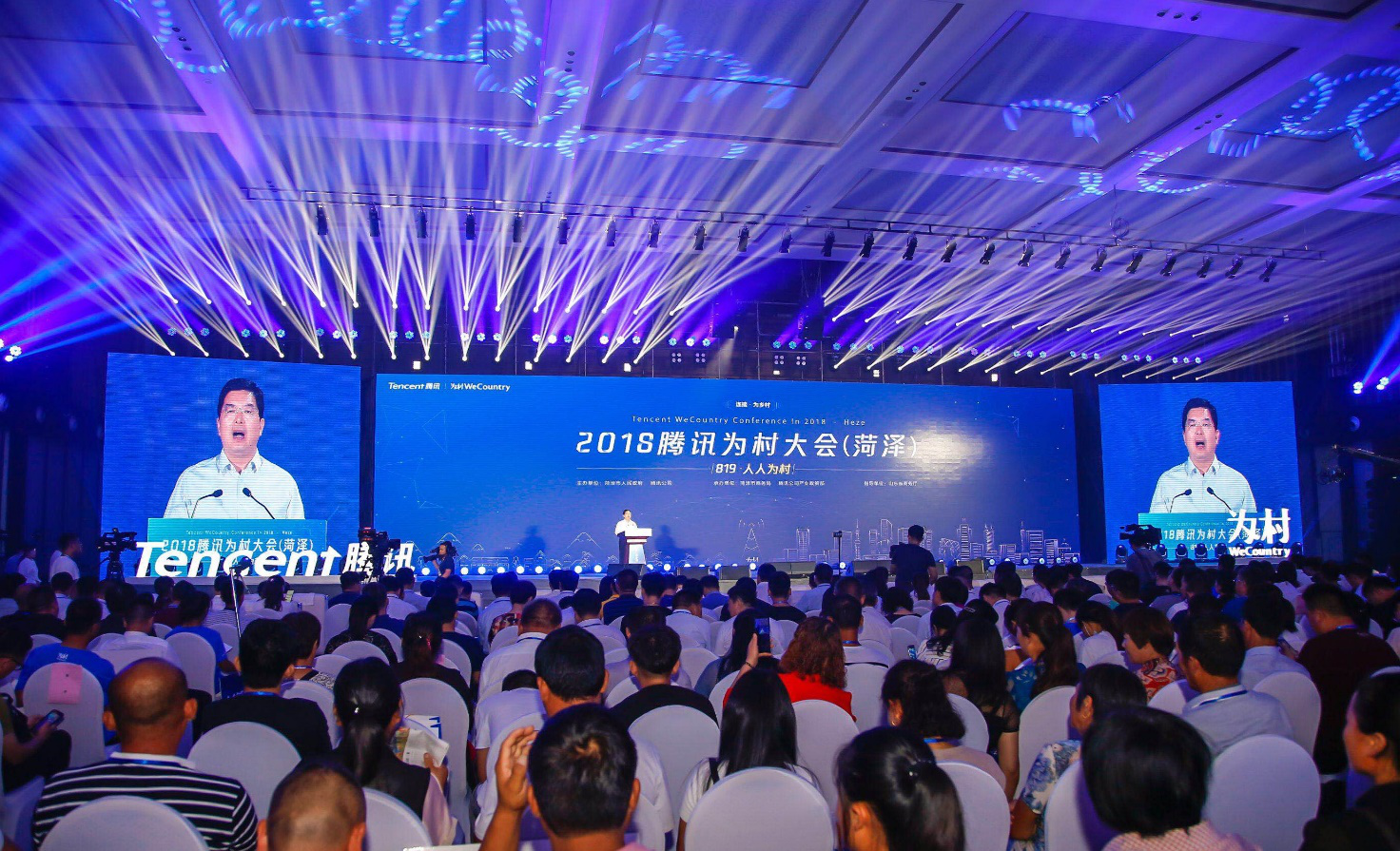 At the conference, 14 areas in five provinces that have taken the lead in WeCountry pilot programs in the whole region (city, district or county) were presented with the “All-for-one WeCountry” award. Representatives from Baise County of Guangxi Zhuang Autonomous Region and other areas witnessed the launching ceremony of the WeCountry scheme in the old revolutionary areas. In addition, the first batch of “WeCountry teaching assistants” received the letter of appointment and helped their village secretaries win the “WeCountry Internet Talent Training Award”. 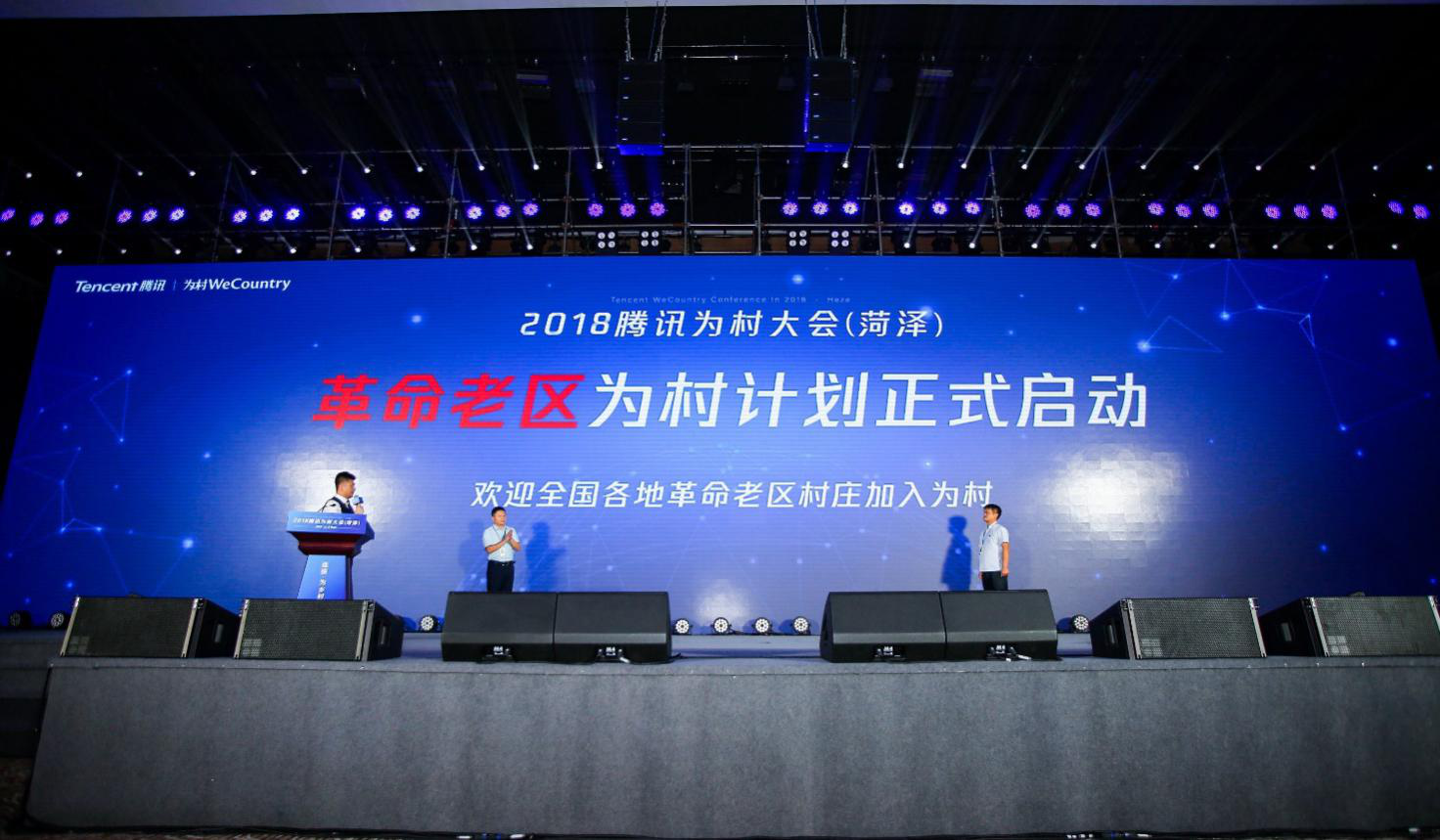 The launch of the WeCountry Scheme in old revolutionary areas

“WeCountry is a successful practice of “Internet + Village” in Heze City. As of now, the WeCountry platform has boasted 5,154 registered villages and 1.83 million certified villagers in the city. By virtue of the platform, the primary-level Party building has been increasingly strengthened, evidenced by effective administration of village affairs, more harmonious neighbourhood and more rapid development of rural economy. An increasing number of beautiful villages brimming with dynamism and vitality are taking shape. ” said Mayor Chen Ping of Heze City. 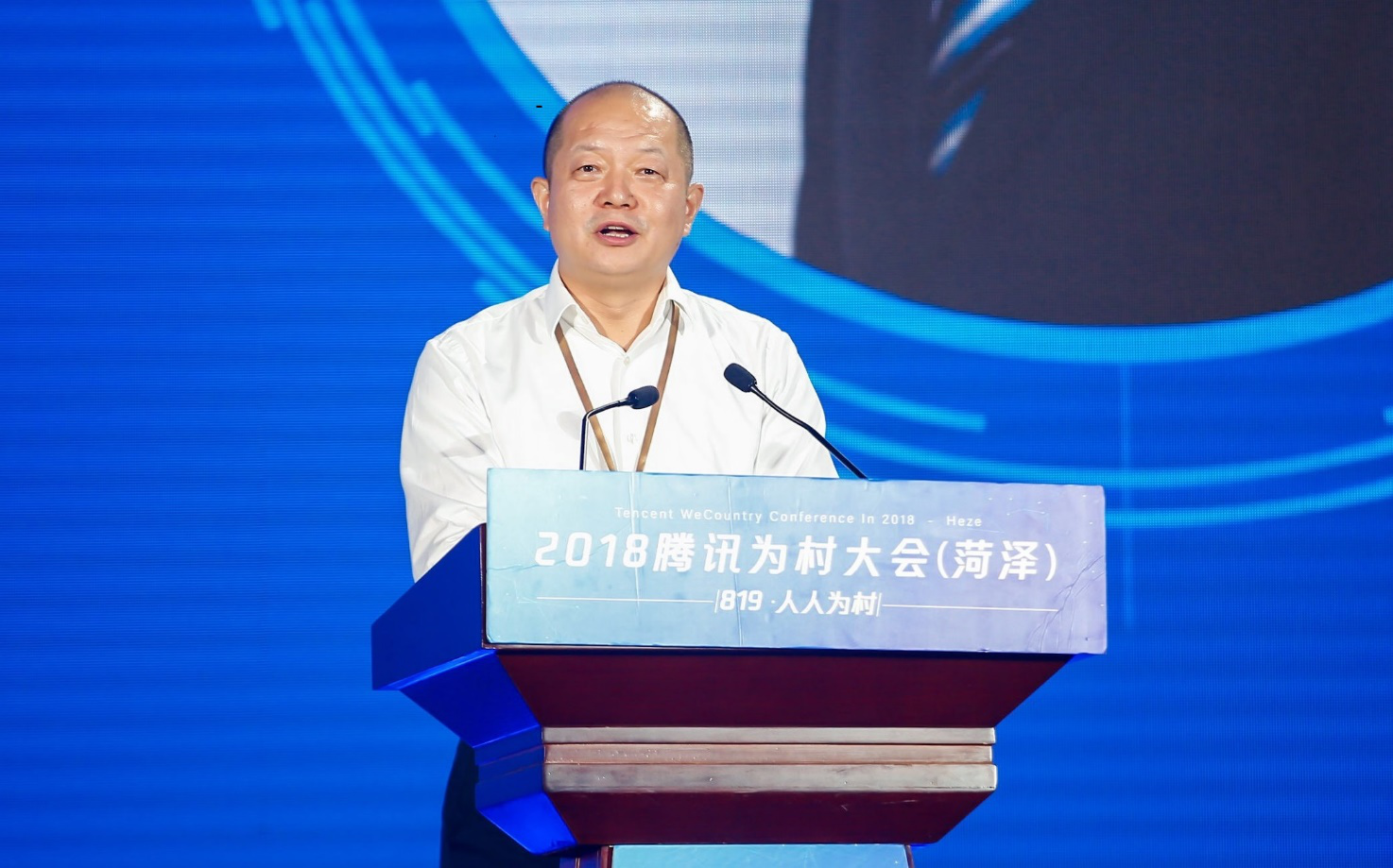 The conference was jointly organized by the Heze Municipal Government and Tencent, gathering the relevant personnel from the Office of the Central Cyberspace Affairs Commission, Ministry of Agriculture and Rural Affairs, the State Council Leading Group Office of Poverty Alleviation and Development, and other organizations. At a seminar on the theme of “WeCountry for the Government & WeCountry for Everyone”, Mr. Qiu Zeqi, a professor with the Department of Sociology of Peking University and director of the Center for Sociological Research and Development Studies of China, remarked that “WeCountry provides a social platform for communities with “mutual help, learning and innovation ” at its core. WeCountry connects individuals, families, communities and governments. They exchange feelings and build a community with shared production and living conditions on the platform that’s used in both rural and urban areas.

In the afternoon of the same day, Tencent WeCountry held the final of the national karaoke competition “Ode to Villages” together with “WeSing”. More than 3,300 villagers from over 1,300 villages across the country participated in the previous knockout match. At the end, the contestant named Lalani from the poverty-stricken Xiaonengxi Village in Xiangxi autonomous prefecture of Hunan Province took the crown with her wonderful voice and support of the whole village. Relying on the strong social power of the Internet, this karaoke tournament in rural China was held in the form of “online karaoke + offline final” to scout for the best singers in villages, guide the villagers to embrace the Internet, enrich their cultural life and entertainments, and incorporate the Internet into the spiritual civilization and cultural development. Moreover, this is a typical case of connecting feelings of villagers by virtue of the Internet.

In recent years, Tencent has actively implemented the national rural revitalization strategy to explore the integration of smart villages and targeted poverty alleviation.  Tencent has set a pioneering example by using the WeChat official account of “WeCountry”, WeChat group and other mobile Internet tools to vigorously promote the highly integrated development of WeCountry, primary-level Party affairs, government affairs, commerce, and village affairs, as an active attempt to build “smart villages”.

As of August 19th, 2018, more than 6,300 villages in 22 provinces across the country had joined the “WeCountry” program, involving 2.21 million villagers registered in real names. The grassroots officials, Party members and the masses have interacted over 250 million times on the platform.

Professor Guo Hongdong, deputy dean of the China Academy for Rural Development of Zhejiang University, made the following remarks at the conference. First, as regards the E-government, it’s important to know how to cope with the rural affairs on the Internet, which is also a vital part of the government reform. Second, the public participation constitutes the foundation, without which everything is empty talk. Finally, “WeCountry” administrator plays a key role. It’s important to train competent, knowledgeable and thoughtful administrators.

Zeng Qingao, a college-graduate-turned village official in Liuzhuang Village of Chengwu County in Heze City, said that she took advantage of the WeCountry platform to live stream the pottery artworks of Kang Zhimin, an inheritor of Caozhou clay figures, sell the local apples to the whole country, advertise the picking activities of the village, and publish the pictures and articles related to the women who can’t use the internet that touched their children away from home. As a simple, convenient and practical platform, WeCountry enjoys great popularity among the people.

Zheng Xiaoqin from Taoba Village in Qionglai County of Sichuan Province returned to hometown after graduating from college. She said that being a WeCountry administrator gave full play to her propaganda skills. She’s been committed to organizing online and offline activities in various villages, advertising the specialties produced by villagers, and inviting wholesalers to the villages which helped sell the chayote at RMB 5 per kilo, as opposed to the previous price of a few cents. 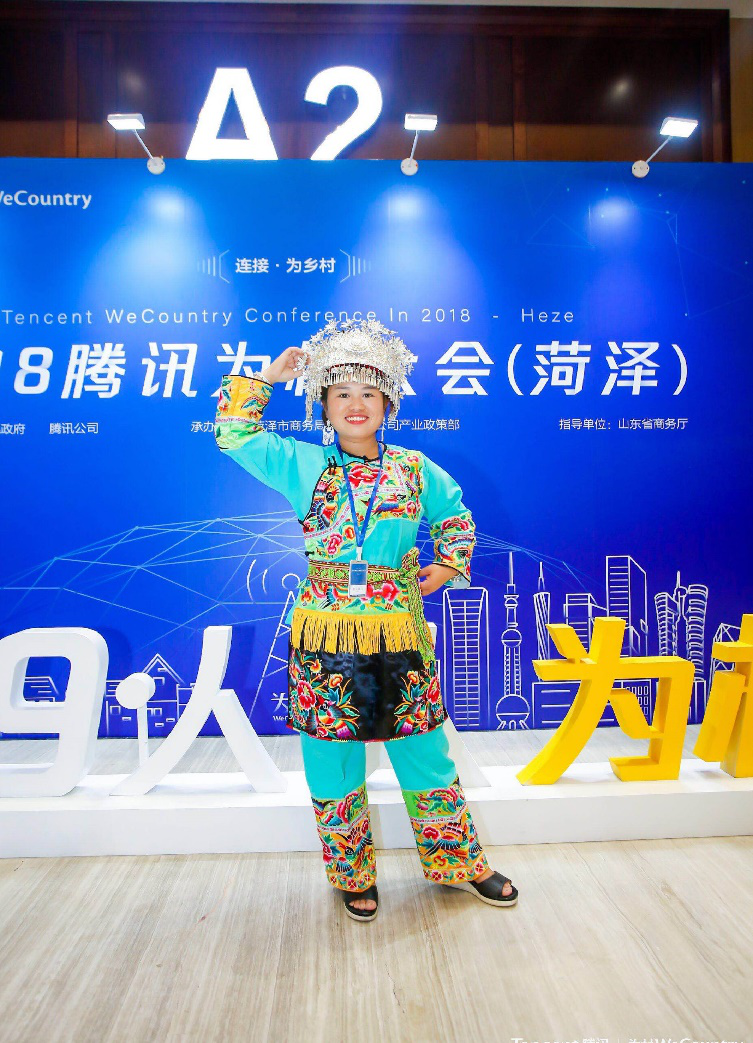 Representative of a village inhibited by ethnic groups attends the conference

Since 2016, Heze City has made “Tencent WeCountry” a crucial means for rural social governance and rural revitalization. Following the top-down mobilization, Heze City has become the first pilot area that realized “all-for-one WeCountry”. Beginning from 2017, the “all-for-one WeCountry” program has been in full swing in the Old Barag Banner of the Inner Mongolia, Qionglai County in Chengdu City of Sichuan Province, and Guanghan County in Deyang of Sichuan Province. In August 2018, Xixian County in Linfen of Shanxi Province, with the poverty-stricken villages at a proportion of 79%, also realized the full coverage of all-for-one WeCountry. Besides, WeCountry is being promoted to other rural areas across the country.

In 2009, Tencent Foundation embarked on a six-year journey of “Building New Villages” in Yunnan and Guizhou provinces. In 2014 and 2015, Tencent attempted to renovate Tongguan Village in Liping County of Qiandongnan Autonomous Prefecture in Guizhou Province into a smart village and launched the “Tencent WeCountry” scheme. Since 2016, WeCountry has been committed to building the mobile internet capacity in rural areas. With the goal of connecting feelings, information and wealth in rural areas, Tencent has been exploring a new model of integrating smart villages with targeted poverty alleviation in line with the local conditions of grassroots rural social governance.