The illegal wildlife trade has had a devastating impact on global biodiversity and continues to pose a serious risk to public health. Trafficking in these products also generates substantial revenue for criminal networks, which is why it continues to persist. The United Nations believes the global illegal wildlife trade is worth as much as US$23 billion per year, making it one of the largest criminal enterprises in the world.

There’s an old saying, "When the buying stops, the killing can too.” We care deeply about protecting wildlife, leveraging our vast social media reach to spread the message and mobilizing people to report if they see evidence of the illegal wildlife trade. We also use financial technology, or fintech, to assist law enforcement agencies in pursuing those responsible for the wildlife trade and identifying money laundering activities, two examples of “Tech for Good” – using technology in a way that benefits everyone.

China officially banned trading in illegal wildlife in February this year, joining other countries in outlawing the practice.

The Financial Action Task Force (FATF) has prioritized helping countries disrupt criminal networks and go after the money that changes hands from the illegal wildlife trade. The FATF is an international organization that develops standards used in anti-money laundering campaigns. It has a rotating presidency that was held by China from July 1, 2019 to January 30, 2020.

Tencent is fully supportive of FATF. In a seminar last November titled “Tackling the Illegal Wildlife Trade as a Financial Crime” by FATF, the People’s Bank of China and the Royal Foundation, Tencent shared its own experiences in the multi-faceted fight against the vast criminal networks that profit from trading illegal wildlife. 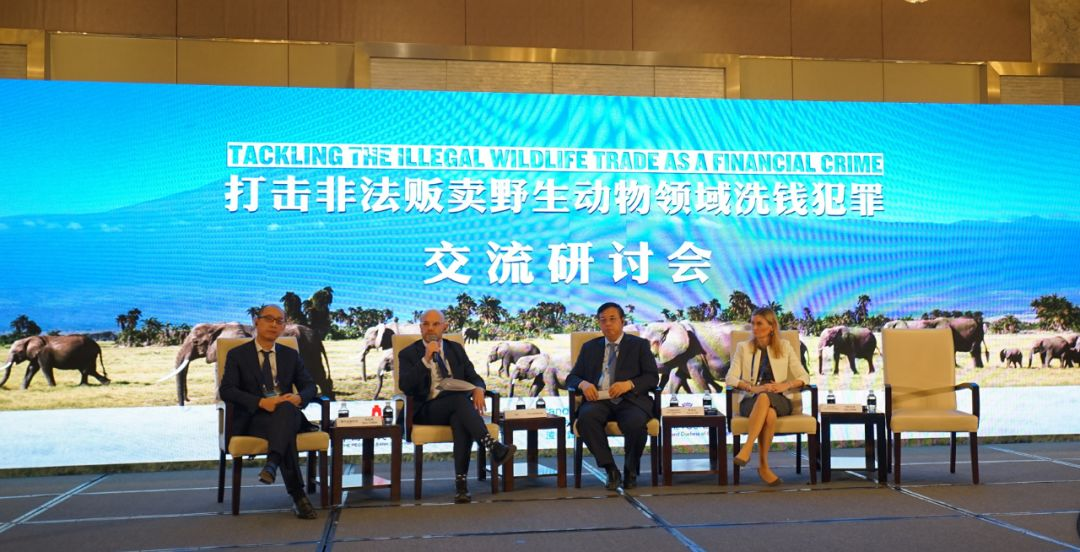 Tencent and our subsidiaries have a long history of trying to curb the illegal trading of wildlife. Tenpay Payment Technology Co., Ltd., a subsidiary of Tencent, officially joined the United for Wildlife Taskforce, an international organization led by The Duke of Cambridge and The Royal Foundation, in March this year. We were also a founding member of the Global Coalition to End Wildlife Trafficking Online, which was established by the Worldwide Fund for Nature and more than 20 global technology companies in 2018.

As a pioneer in China, we launched the "Tencent for the Planet" project in 2015, using our two instant messaging tools, Weixin and QQ, to raise awareness of the importance of protecting wildlife. The project also included the launch of a new platform for people to report any suspicious activity related to the buying and selling of illegal wildlife. In 2019 alone, the platform received around 10,000 reports from concerned citizens in China.

Fintech may still be in its infancy, but it’s already proving to be a useful tool in combatting crime. We have developed a sophisticated model to help identify suspicious transactions, a breakthrough in the ongoing challenge to identify and prevent money laundering.

The tool, built by Tencent’s Financial Technology team, analyzes suspicious cases and uses data mining and machine learning to develop models that help flag suspicious transactions and refer them to the police for further investigation and action if necessary.

In 2019, the fintech team used algorithms to discover a suspicious trading network of more than 10 core members who smuggled and sold endangered wildlife products. The network involved more than 3,500 counter-parties from Europe to Asia, with a total transaction value of nearly RMB140 million. All the ringleaders of the network have been reported to the respective regulatory authorities.

New technology tends to bring new challenges to the prevention of crime, but it also brings new opportunities. Tencent has fought against illegal activities online for more than 20 years, accumulating valuable experience that informs the creation of new products designed to make the internet safer for everyone. In particular, leveraging big data and artificial intelligence in risk control systems.

The environment belongs to all of us. It’s our collective responsibility to safeguard delicate ecosystems and protect the world’s most endangered species. We will continue working with like-minded organizations to end the illegal wildlife trade because it’s the right thing to do.