Technology, Powered by Electricity, Could Ultimately Help Reduce Energy Use

We are already many decades into the information age, with internet-connected devices from doorbells to automobiles and sunglasses. The internet has fundamentally changed our lives, but it has also seen energy use skyrocket. Powering all these devices is leading to environmental consequences.

China has just under one billion internet users, with each person spending an average of three hours and 40 minutes online each day. That, naturally, creates a ton of data: eight zettabytes in 2020 – enough to fill eight billion one-terabyte hard drives. 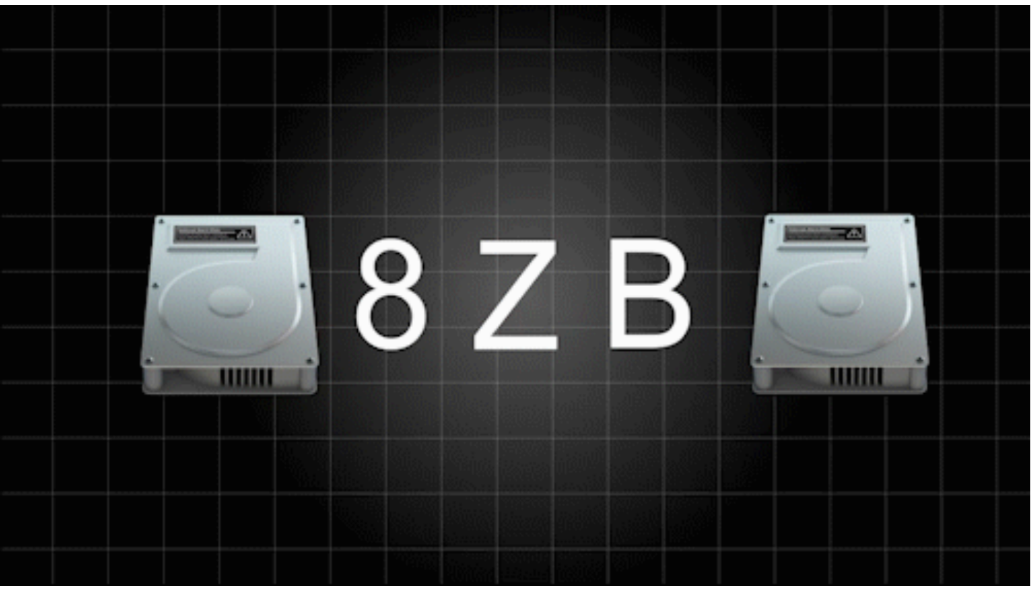 It takes 74,000 data centers and 12 million servers to store and maintain all this data. That is equivalent to burning 18 million tons of coal each year. Now consider that there are 7.2 million data centers worldwide, each using comparable resources and generating similar volumes of greenhouse gasses. You start to see the scale of the problem and the urgent need to find alternative forms of energy.

How do we tame the ‘electricity tigers’?

Data centers have been described as “electricity tigers” for their vast power consumption, which continues to grow by around 10 percent per year. In 2018, China’s data centers consumed almost 161 billion kilowatt hours (kWh) of electricity.

So how can we reduce energy use – and  its environmental impact – in our global network of data centers? Let’s start small and look at the energy consumption of a single data center. 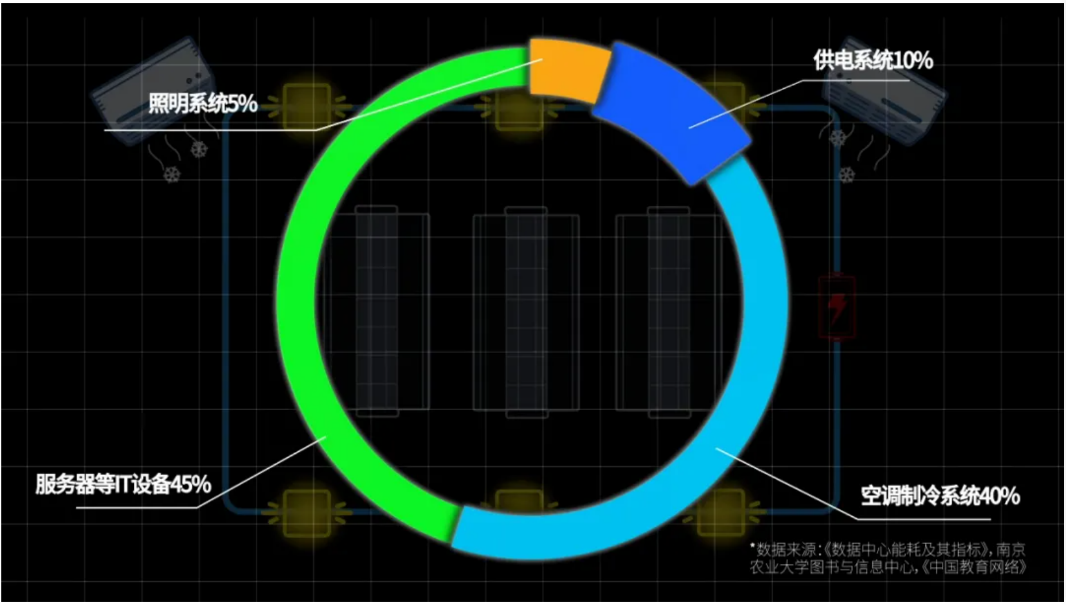 Innovation drives reduction in energy use

Tencent built its Gui’an Seven Stars Data Center in a cave in Guizhou Province, in the southwest of China, to take full advantage of the naturally cool temperatures and greatly reduce the use of air conditioning.

We also built a gas power plant to support the Tencent Shanghai Qingpu Data Center. The high-temperature hot water and heat generated by the power plant go to the evaporative cooling equipment, and the chilled water is used to cool down the data center. In winter, hot water can also heat office buildings and residential areas nearby. This facility can reduce 2,470 tons of carbon dioxide emissions every year.

The Tencent Tianjin Data Center recycles waste heat generated by the server. The water in the municipal pipe network can be heated to 55 degrees centigrade through a heat pump, so it can be used to supply heat for residents in winter. We have been able to reduce emissions by 52,400 tons each year, which is equivalent to planting 2.86 million trees for a forest covering 2,500 football fields.

Security and energy efficiency both improved

In addition to working on key factors like cooling efficiency, we have also tried to improve a wider range of hardware and software through innovative and environmentally friendly technologies.

Network security has always been a priority for us at Tencent as well as our users. Each of our data centers around the world has added computer clusters to support our ever-increasing commitment to cybersecurity. In the early days, we used about 214 kWh of electricity per petabyte of traffic to support the detection of any malicious code.

Fortunately our security team has been focused on trying to reduce energy use related to network security. For software, we now use runtime compilation technology and other techniques to improve throughput. In addition, we replaced hard disks with pure memory computing to improve performance and reduce energy consumption.

On the hardware side, our latest generation T-block data center integrates various energy-saving technologies and combines office electricity, power supply modules, IT modules, refrigeration modules, and photovoltaic power generation into "containers." By using T-block to build a data zone with 300,000 servers, we can save 250 million kilowatt-hours of electricity a year, which is equivalent to reducing 80,000 tons of coal consumption. 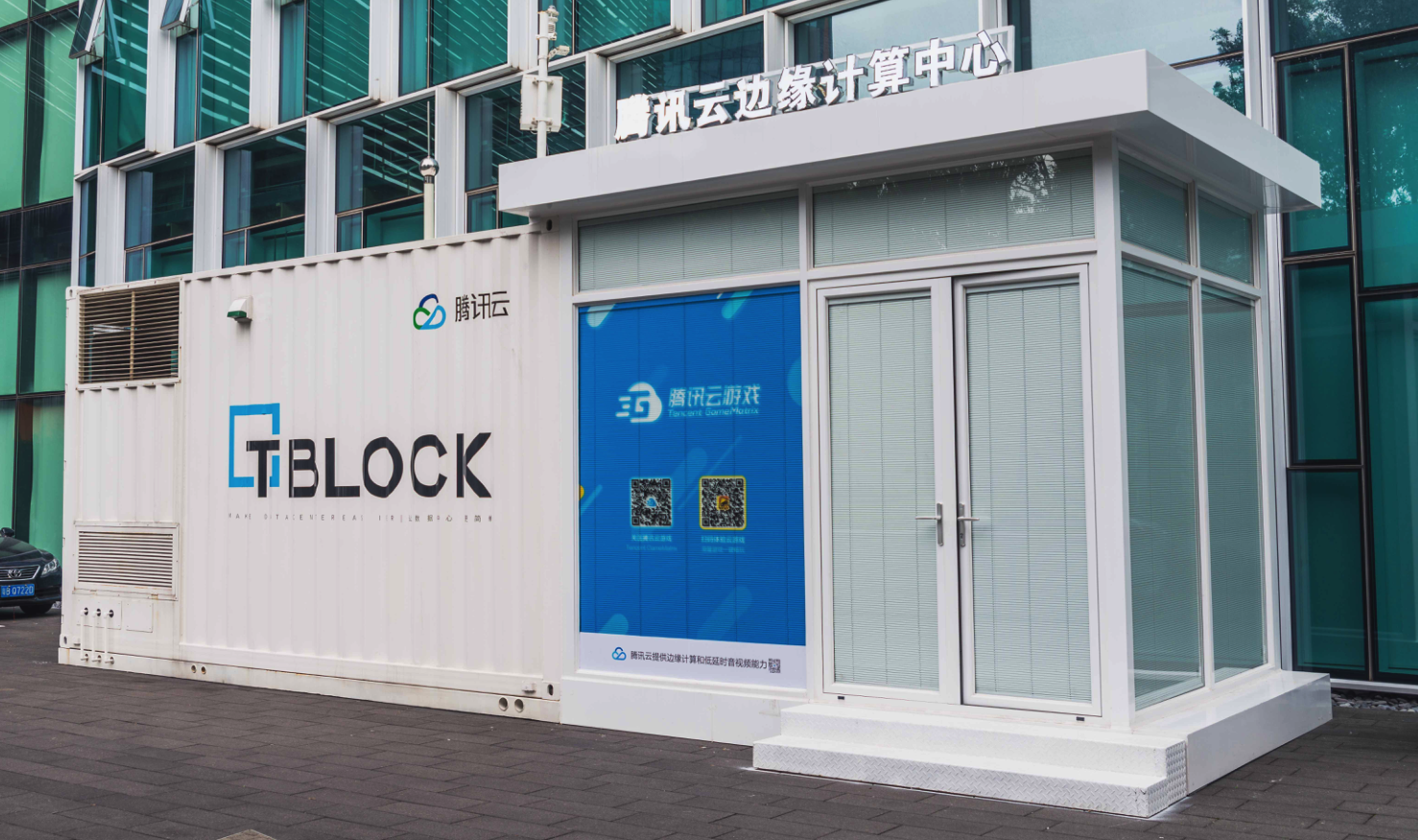 We are proactively exploring cloud servers with higher performance, optimizing server energy consumption, and using clean, renewable energy as much as possible. In addition, we have gradually transplanted more security algorithms from servers to proprietary hardware, which greatly reduces power consumption.

The challenge continues to grow

Through these efforts, Tencent can further save 12.9 million kWh per year,  a reduction of 12,860 tons of carbon emissions. The energy consumption of our security detection service is 15 percent of the industry average. These are real, meaningful improvements that reduce energy consumption while ensuring operational efficiency.

Technology’s demand for electricity seems almost unquenchable, in China and everywhere else. Decarbonization will become even more crucial as the digital economy continues to rapidly expand.

Businesses have a responsibility to join this movement and make real emissions reductions in their operations. We all need to work with partners and suppliers to promote emissions cuts and apply our technology to help achieve a zero-emissions society.