The Road to Carbon Neutrality Passes Through Helsinki

Disneyland might have the sign above its entrance, but it’s Helsinki, Finland that’s actually the happiest place on earth, at least according to the World Happiness Report.

The report was conducted by the Sustainable Development Solutions Network on data collected by the Gallup World Poll, and found that when it comes to overall satisfaction, the people of Helsinki are leading the way. The city’s charismatic mayor, Jan Vapaavuori, has been pushing an ambitious agenda focusing on sustainability, digitization, global problem-solving and creating the best possible conditions to enable the city’s 600,000 residents to enjoy their lives to the fullest.

It seems that Helsinki has discovered the secret key to unlocking happiness, which has naturally drawn the interest of other mayors and politicians from around the world. Tencent invited Mayor Vapaavuori to speak with Chief eXploration Officer David Wallerstein on a wide range of topics related to sustainability, energy efficiency and the road to carbon neutrality. The discussion was part of the Tencent Dialogue series organized by the Tencent Research Institute.

This is the first in a series of Tencent Perspectives articles on sustainability. 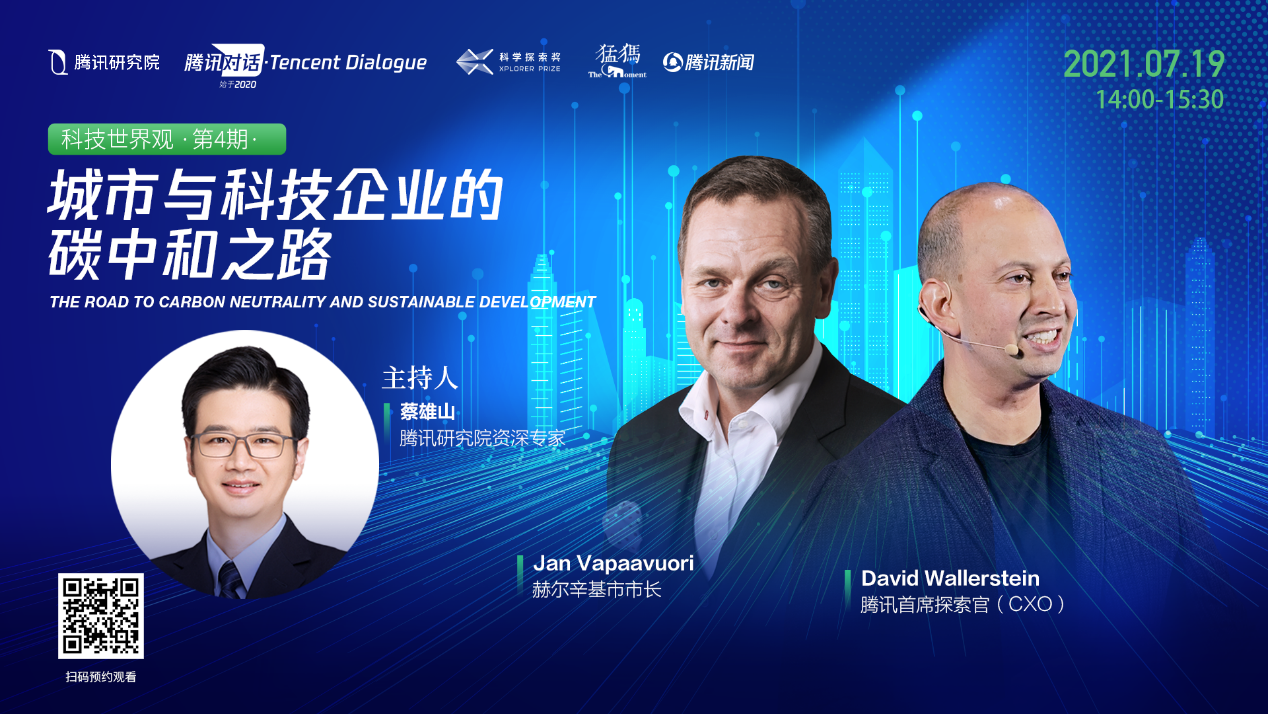 Climate change is the defining issue of our time. The impact of human activity on the long-term health and survival of planet Earth should no longer be subject to debate, with 97 percent of publishing scientists pointing their finger at human beings as the primary cause of global warming thanks to our appetite for fossil fuels for electricity, heating, cooling, and transportation.

Carbon neutrality – the act of balancing carbon emissions with carbon removal – is an idea whose time has come, according to Mayor Vapaavuori. “People often ask me what kind of projects or programs we have to make Helsinki carbon neutral. I reply that it’s not about projects or programs. It’s about taking a holistic view of the issue. There are no ‘silver bullets.’ 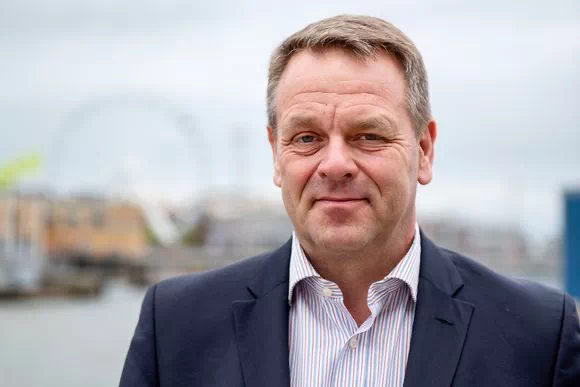 Jan Vapaavuori, the mayor of Helsinki

Under the mayor’s leadership, Helsinki has set the ambitious goal of becoming carbon neutral by 2035, but it’s a goal he plans to beat. The city has already reduced carbon emissions on a per capita basis by about 40 percent, with more progress to come through actions like shutting down one of two city coal-fired heating plants almost two years ahead of schedule. That action will reduce Helsinki’s total emissions by about 20 percent. Plans call for the second plant to close by the end of the decade.

Helsinki’s commitment to carbon neutrality makes the city a role model for other cities, according to Wallerstein. “Helsinki is doing a lot of things right,” he said. “For example, they’re reaching out to scientists, technologists and innovators in the global community to get the best ideas for dealing with the big challenges carbon neutrality presents.

“Jan talks about the importance of partnership and co-creation, which requires the involvement of parties including the government, academia, private enterprise and individual citizens to come together to address this challenge that affects the very existence of life on our planet.”

The mayor puts it this way: “You have to be brave enough to admit that you don’t have the solution.”

Helsinki Winters: It’s All About the Heat

Winter nights get pretty chilly in Helsinki, where temperatures can drop as low as -30°C (-22°F). Heat for the city is generated by a city-owned energy company that is responsible for the production, distribution and sales of district heating. Hot water for radiators is distributed to homes and other buildings through a system of insulated pipes. Fifty-six percent of Helsinki’s direct carbon dioxide emissions come from producing district heat.

“If heating the city is half the problem, then it has to be half the solution,” Mayor Vapaavuori said. “The problem is that we currently use fossil fuels – mostly coal but a little natural gas – to run the two heating plants. The way to reduce emissions is to get rid of the coal and replace it with renewables, which is what we’re in the process of doing. But at the same time, we need to have more energy-efficient buildings to reduce the overall energy needs of the city.”

“Helsinki is growing all the time – not as rapidly as Chinese cities – but by more than one percent a year,” he said. “However, we have not seen an increase in the need for energy for heating over the last 20 years, despite the fact that we’re growing. So, you could say that the improvement we have done in the field of energy efficiency has helped us solve the problem.”

In a very innovative approach, Mayor Vapaavuori launched the Helsinki Energy Challenge in early 2020 to uncover “radically new solutions” to decarbonize the city’s heating system without using biomass. “We offered a one million Euro (about US$1.2 million) prize. Now that may seem like a lot of money, but if someone solves the heating problem for the city of Helsinki, we’re not looking at one million, 10 million or 100 million in savings. It’s several hundred million.”

More than 250 entries were submitted and more than a few interesting ideas were surfaced, the mayor said. “We didn’t get any Nobel Prize-worthy solutions,” he added. “Once again, there are no silver bullets when it comes to sustainability.”

The Solution: Regulation, Awareness and Innovation

Achieving carbon neutrality will take a multidimensional approach, the mayor said, once again underscoring the importance of cooperation between various countries, regions, private and public enterprises, and other segments of society. “Three key factors are regulation, awareness and behavioral change, and technology and innovation. You can’t choose just one of these – you need them all to be successful.”

On the regulatory front, governments at all levels are changing things like codes and passing laws requiring cleaner-running and more energy-efficient buildings, vehicles and plants. On a more universal level, a Carbon Neutral Now initiative is part of the Paris Agreement, a legally binding treaty on climate change.

The Paris Agreement has been adopted by Finland, China, and more than 190 other countries. The goal of the agreement is to limit global warming by slowing the growth of greenhouse gas emissions. In addition, various countries and regions have made carbon neutrality pledges including the European Union and more than 110 other countries (by 2050) and China (by 2060).

There is broader awareness than ever before of the effect of human activity on the health and wellbeing of the planet. Mayor Vapaavuori is a strong believer in individual responsibility and points out the willingness of Helsinki residents to modify their lifestyles for the good of their city and the planet.

For their part, companies throughout the world are taking their sustainability obligations to the next level by setting ambitious goals, tracking progress and reporting results to stakeholders. For example, Tencent is accelerating its own sustainability efforts, becoming more transparent both internally and externally, and is applying its unique technological capabilities to address global challenges associated with food, energy and water (FEW).

Look to the Future: Harnessing the Power of AI

The sustainability and carbon neutrality challenge can be both daunting and complicated, said Wallerstein. “Most of the discussions people are having around carbon neutrality focus on the big problem. How do we replace fossil fuels? Do we use solar, wind, nuclear fusion? It’s good to consider all kinds of solutions, but the problem is that most of these require huge capital expenditures, complicated financing, regulatory approvals, etc. It goes on and on.” 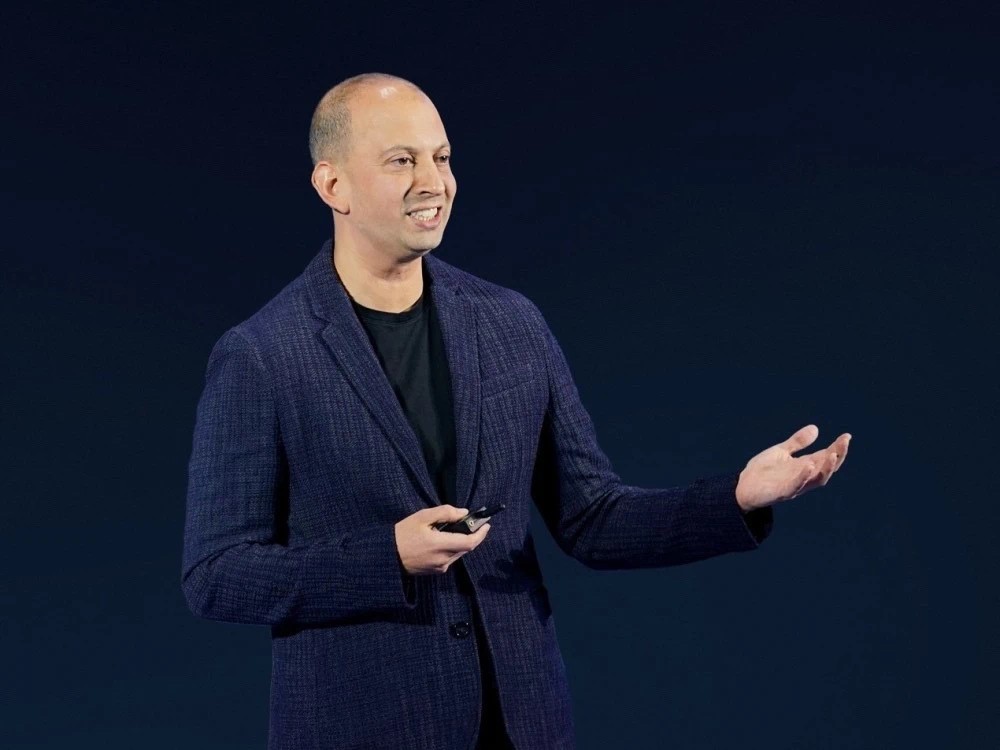 Wallerstein believes AI could be used in areas like power generation and energy optimization, among others.

Artificial intelligence (AI) can urgently accelerate the journey toward carbon neutrality by helping people do what they need to do in a smarter way, he pointed out. “It’s important that we don’t overlook the enormous potential of software, AI and cloud computing to drive fast, meaningful and substantial innovations for a fraction of the cost of large capital projects.

“The focus of the world is to shut down coal-fired plants, but it’s going to take a decade or more to shift to new forms of energy. AI can help producers maximize processes, improve output, dramatically reduce waste and shrink our collective environmental footprint.”

As for Helsinki, the happiest city on the planet is well on its way toward carbon neutrality. “If you’re thinking about plotting a course for a better environmental performance, start at the beginning and think about what you really want,” said Mayor Vapaavuori. “You can’t achieve what you do not want to achieve. But if you have the will, you certainly will find the way.”