Esports is taking off across Southeast Asia, leading to the emergence of innovative business models and new career opportunities in the region, according to a white paper co-developed by Tencent, the world leading internet company, and Newzoo, the leading provider of games and esports data and insights.

According to the data from Newzoo, the compound annual growth rate (CAGR) for esports revenue in Southeast Asia is forecast at +20.8% from 2019 to 2024 and should reach US$72.5 million in 2024. The growth rate is nearly double the global CAGR of +11.1% for the sector.

The white paper, titled Games & Esports: Bona Fide Sports, also noted that, unlike the developed economies of North America and Western Europe, where esports has grown from a more-sophisticated IT infrastructure, Southeast Asia’s growth is fueled by a more-affordable mobile-first gaming preference. A 2021 consumer insight study conducted by Newzoo with respondents from Southeast Asia showed that a whopping 82% of the total online population in the region plays mobile games. Meanwhile, 39% of respondents are mobile-first gamers, spending the most time playing mobile games.

At an industry roundtable hosted by Tencent and Newzoo, esports sector panelists agreed that the region will benefit from ongoing trends and developments in the games industry.

“We are seeing the rise of esports from being played via traditional PCs and consoles to mobile esports, and this is influenced by new developments in improved mobile hardware and 5G networks,” said James Yang, director of PUBG MOBILE Global Esports, Tencent Games.

Esports as an economic multiplier

Other panelists including game developer and publisher, Riot Games; one of the top esports organizations in Indonesia, Bigetron Esports; Vietnam’s Recreation and eSports Association (VIRESA) as well as a member from Malaysia’s Asia Pacific University of Technology & Innovation (APU) described Southeast Asia as a dynamic region. Esports is having a positive economic impact there, with the emergence of creative business models and new career opportunities within the esports ecosystem.

“Esports is fast-growing and becoming an integral part of the local games market. By the end of 2021, it is expected that Southeast Asia will hit 42.5 million esports audiences. Newer esports organizations will be founded, tournament organizers will enter the market, including broadcast companies and specialized marketing agencies,” said Hugo Tristão, Head of Esports at Newzoo.

The widespread interest among the public about esports has also changed how content will be shared and consumed. For instance, the shift from publisher-owned tournament broadcasts to “watch parties” led by influencers will disrupt how media rights are awarded. This will also have a spillover effect in terms of how sponsorship marketing for esports evolves.

Additionally, the growth of esports in Southeast Asia has spawned new career opportunities. Apart from players turning their passion into a professional career, there are now completely new jobs and job categories, including content creators, social media influencers, “shoutcasters”, managers and coaches thrown into the fray. Larger esports organizations even have a back office to support essential business operations, such as marketing and finance.

Esports is also gaining credibility and acknowledgement in academic circles. In Malaysia, the Asia Pacific University of Technology & Innovation (APU) offers skills-based esports certification programs. In Indonesia, esports is also shaping up as a viable professional career path for talent.

The inclusion of esports as a medal sport in the recent SEA Games 2019 underscores the significance and appeal of this industry in Southeast Asia. Mobile esports, especially, will experience significant growth in the coming years, supported by technological advancements, strategic investments aimed at sustaining the ecosystem and increased recognition as a real sport with talents, skills, competition, and entertainment.

The impact of the pandemic

Despite the ongoing pandemic, the esports industry in Southeast Asia has taken challenges in stride. Service providers, developers, publishers and event organizers have responded by investing in technologies to enhance gameplay and the competition environment for fair play, as well as online tournament experience for fans watching online.

Throughout 2020, PUBG MOBILE competitions racked up more than 200 million hours in viewership. Tencent’s Yang noted that more people watch gameplay and esports tournaments online, even if some of them do not play the game. He said he expects the new user fan base gained during the pandemic to be sustained when people return to their new normal routine. And roundtable participants said they believe hybrid events, which with both online and offline components, will likely become more common after the pandemic.

The white paper concluded that Southeast Asia’s uniquely mobile-first gaming preference means sector growth is poised to continue in the years to come, and mobile esports will be the mainstay of gaming in this region. 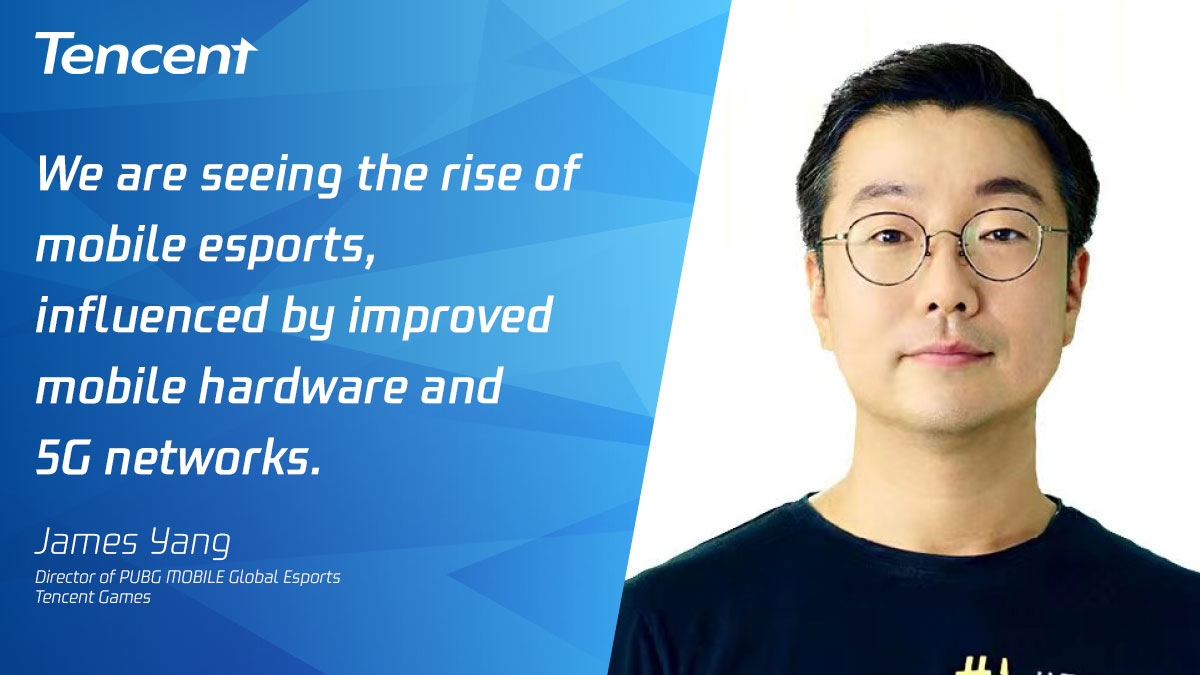 “Esports is a significant trend that few can ignore, and stakeholders from within the industry and outside of it will benefit by coming together to further develop and enhance the ecosystem. It’s no doubt a catalyst that will spur the growth of various relevant industries with innovations in the region and across the world,” said Yang.