Ji’an is a town in China that is surrounded by mountains. It may not have skyscrapers, but the children there are just as curious.

Ziqiang is a student growing up in Ji’an, a town in southeast China. Like millions of Chinese children living in rural towns, he is not able to receive a well-rounded education due to limited resources.

“We have 40 students in a class while 10 of them are living in difficult conditions. Some of them come from a single-parent family and some of their parents live away in big cities to make a living,” said Mei, the class teacher of Ziqiang. “In this place, many students don’t even have a computer at home, not to mention coding education.”

Children in these small towns may grow up in families that are not wealthy, but it does not mean that they are different. At no time in life is curiosity more powerful than in early childhood.

“Coding is fun. I can make animated videos and create games,” Ziqiang said.

Most of the children in Ziqiang’s school want to try coding and design their own computer program. They don’t necessarily want to create something big and complicated; perhaps just a short music video or a mini PC game. Organizers for the coding classes say it is important to offer children an opportunity to learn and practice.

Since September 2021, primary and secondary schools in Ji’an have introduced coding classes, supported by Tencent Coding. Tencent Coding is a dedicated coding program for kids sponsored by Tencent, enabling children living in rural towns to code in schools free of charge.

In the beginning, kids were worried that coding would be too difficult for them to understand, but it quickly grew to serve as an opportunity for children in Ji’an to learn basic computer programming.

“It is easy and interesting to code. What we need to do is to put components together. And I can keep improving my work to make it perfect,” said Ziqiang. 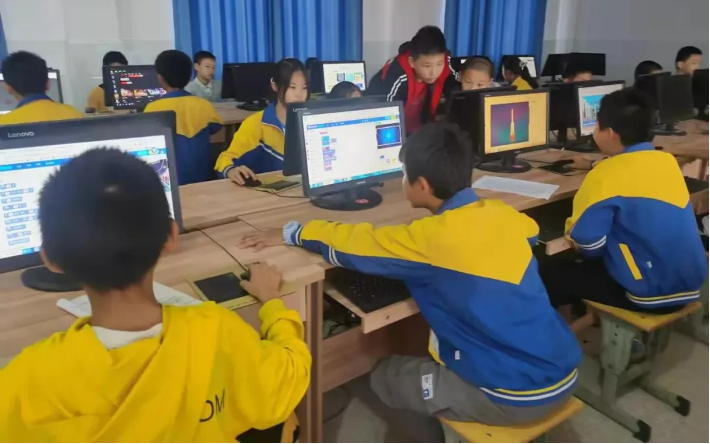 Children in Ji’an are taking a coding class in school.

Research shows that kids as young as seven can start coding and learning the basics of programming.

The coding class is not just about programming as an activity – it is about developing soft skills that lead to their future development. Children attending the classes have a chance to nurture creativity, develop problem-solving skills, enable logical thinking, and communicate ideas.

“Ever since I joined the class, I’ve been creating interesting animations and games,” said Haowen, 10, who has been attending the classes for a while. “We learn to think creatively during the class. And we also learn to present our ideas. I’ve been learning a lot since I joined.” 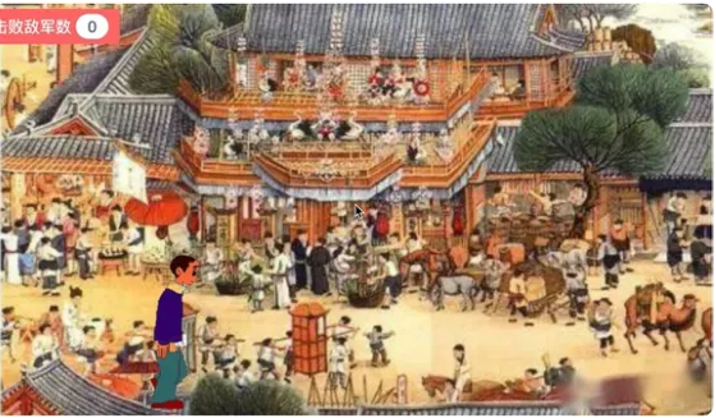 Ziqiang used a month to create a mini pc game called “Back to Song Dynasty.”

Ji’an is only one of the rural towns that have benefited from the program. In the last three years, Tencent Coding has brought free coding classes to over 1,000 schools across China, covering six provinces and helping over 80,000 students.

Tencent Coding has also offered training courses to teachers as not many of them have prior knowledge of computer programming.

Equipment, like computers, is provided to schools free of charge. The company has also developed a web version of the coding software that allows operating on computers with a low specification.

Considering some rural towns may have a weak network, an offline version of the coding software is currently under development. Teachers can choose the software that is the best fit to use in class.

The difficult conditions in rural towns make it even more important for schools to introduce coding classes.

“Not only does coding class not take up extra resources, but it enriches our teaching content,” said Mei, the class teacher. “Our children who have been left behind deserve to have an equal opportunity.”

A computer game created by a kid in the coding class.