Digitalization Offers Visitors a Unprecedented Access to the Forbidden Palace

The Palace Museum, also known as the Forbidden City, has contained many superlatives throughout its history. It is one of the world’s largest palaces, the most visited museum in China, and China’s most popular tourist site. It’s a must-visit destination for anyone traveling to Beijing, with more than 19 million people passing through the gates in 2019 alone.

The palace then went into a short hiatus due to COVID-19 travel restrictions and to protect the historic monument from overcrowding. That created an opportunity for Tencent and the Palace Museum to digitize the collection and provide virtual access to the UNESCO World Heritage site while preserving the cultural heritage and physical site.

The Palace Museum and Tencent opened an international forum in Shenzhen last year, offering a fully experiential digital exhibition of the palace.

Visitors walk around the venue to watch the traditional decorative patterns.

Patterns on ancient buildings, ceramics, furniture and textiles from the Forbidden City were captured in high-definition and displayed on the walls. One of the key features was Tencent multimedia lab’s reproduction of Juanqinzhai, a lavishly decorated emperor’s retreat that is considered among the most exquisite examples of Imperial Chinese craftsmanship and interiors.

VR, AR, and other advanced technologies are used to restore Juanqinzhai’s decorations in detail.

Another eye-catching set of displayed works was a set of large 3D digital images of precious cultural relics, which were magnified up to 22 times in objects that towered more than five meters high. This allowed audiences to observe patterns and designs more clearly than in real life.

Visitors can select and cast the cultural relics to experience the decorations in the kaleidoscope-like space.

The installation is equipped with the latest cinema-quality surround sound created by the live QQ Music panoramic sound technology team to enhance the vivid, multi-sensory journey.

Creating Content to Appeal to New and Younger Audiences

Tencent’s partnership with the Palace Museum began in 2016 to preserve cultural heritage digitally and to make it accessible to younger generations.

In the run-up to the Forbidden City’s 600th anniversary in 2020, a further three-year partnership was signed to ramp up the digitalization of the museum. This sees the integration of AI, cloud and 5G technology to truly bring the collection to life.

Users can see the Forbidden City at a glance through the panorama function in the Weixin Mini Program.

Key projects so far include an interactive online series Glory of the Forbidden City, which features how the palace was built. It harnesses the rapid data processing and low latency capabilities of 5G to create ultra-high-definition images and interactive viewing experiences.

Documentaries, film and TV shows also tell the story of the people who ruled, lived and worked at the Forbidden City, while special games, cartoons, and music have been created to make the museum more appealing to younger generations. This includes a Weixin Mini Game that highlights artisans, costumes and paintings, and a historical comic Echo of the Forbidden City, which even made the hot list as soon as it was launched on Tencent’s animation platform. 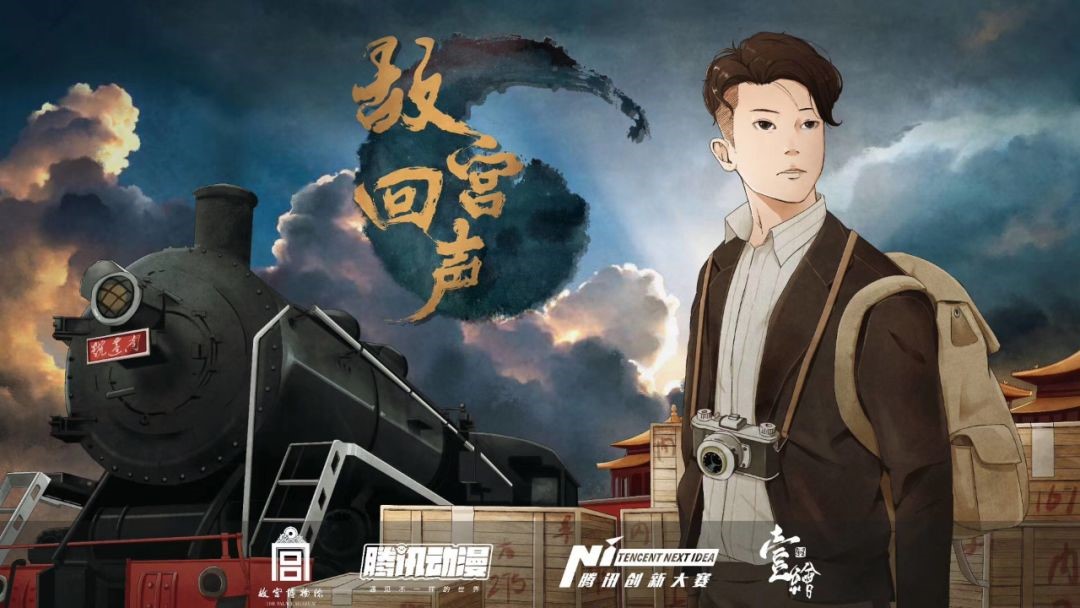 Tencent Comics works with the Palace Museum and Tencent NEXT IDEA to develop a historical comic Echo of the Forbidden City.

Constructing a Digital Catalogue and Building a Tech-Savvy Museum Workforce

The collaboration also includes important behind-the-scenes work to digitally preserve the Palace Museum’s cultural heritage. Tencent and the museum’s research teams will use AI and cloud services to digitally collect, store, and display images of around 100,000 relics.

Tencent Cloud is also providing an open platform to assist the Palace Museum in the management and upgrading of its digital catalogue. This will provide improved search functions, intellectual property protection, and the establishment of digitalization standards for other museums and related cultural industries.

The partnership represents our innovative ways to preserving cultural heritage digitally for generations to come.