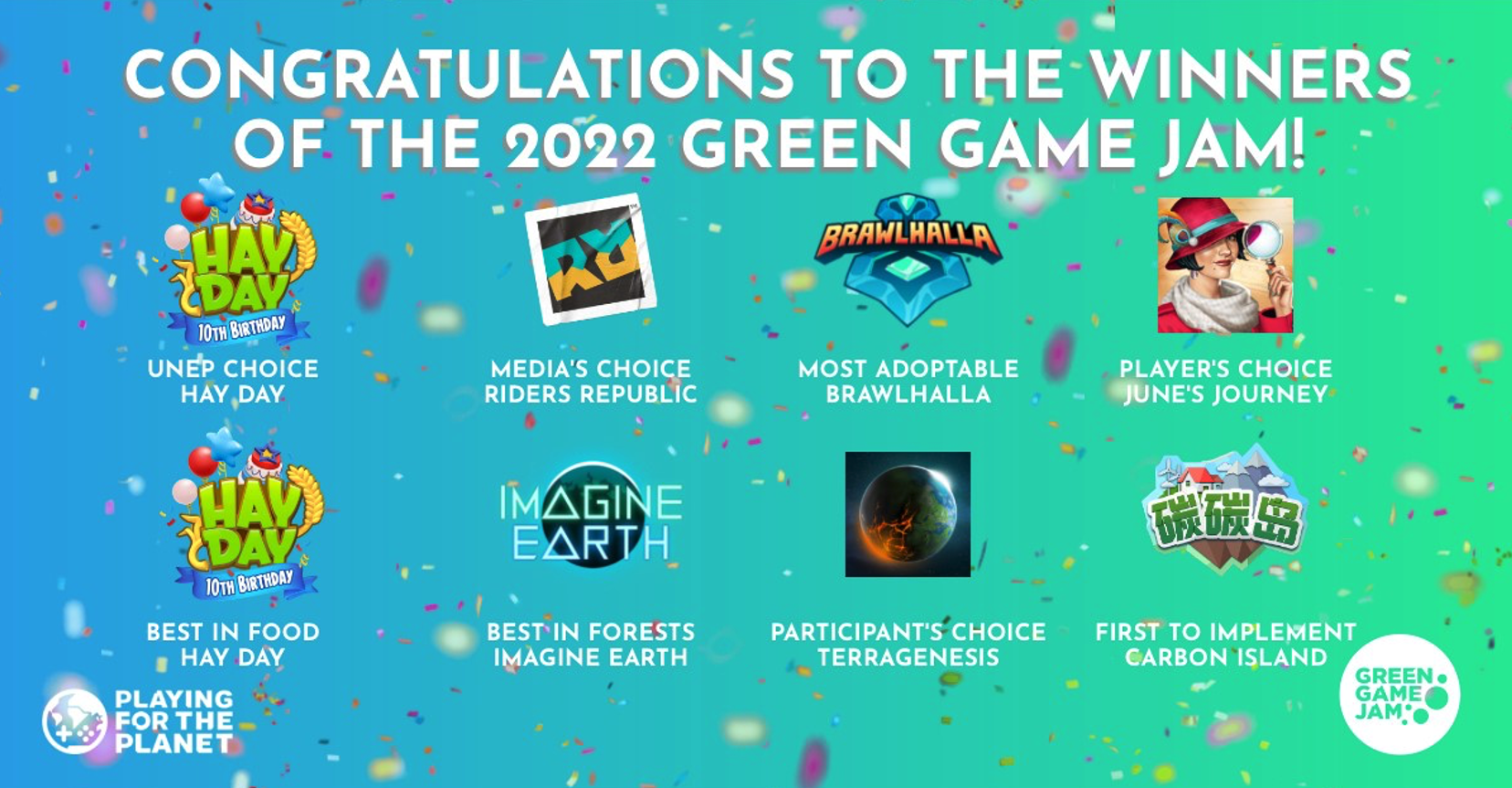 Green Game Jam is organized by the Playing for the Planet Alliance initiative, a collective effort by the game industry to decarbonize and integrate environmental activations into video games, facilitated by UNEP. The Playing for the Planet Alliance was launched in 2019 during the Climate Summit at United Nations Headquarters in New York. The initiative is aiming to support the game industry to work together to address climate change and raise public awareness of environmental protection through the power of games. With the gradual expansion of the Alliance's influence, the Green Game Jam has doubled its size in 2022 compared to its first year in 2020, attracting more than 50 game studios from around the world, including Tencent Games, Ubisoft, Sony and Supercell, to participate in the competition.

In 2022, the theme of Green Game Jam is three-fold with Food, Forests and our Future being the focus of the participants’ activations. Carbon Island, developed by Tencent Games, with the activation of “Explore the blue, protect the Earth”, is the first of 42 entries to go live. With fun interaction and professional carbon neutral knowledge content, users can understand the hardcore knowledge related to carbon neutral and ocean carbon sinks, and raise awareness of low-carbon and marine environmental protection. Over 10.24 million accumulated visits with 10 million users joined the donation activities spontaneously in the game, and contributed their power to green projects.

Leading by the Tech for Good philosophy, Tencent Games continues to connect a large number of users through many game products to help popularize low-carbon knowledge and create a low-carbon green lifestyle. In March 2021, TiMi, a subsidiary of Tencent Games, joined the Playing for the Planet Alliance facilitated by UNEP as the first game development studio from China. Tencent Games will continue to explore how to make games that can simulate social problems and create greater value for society.