Tencent has introduced a new concept called the “Human Tech Tree” at its WE Summit, an annual event to celebrate scientific and technological achievements and push the boundaries of human imagination. The Human Tech Tree represents the various branches and directions of scientific development, which intersect over time but share common roots.

This is the 10th anniversary of the WE Summit, which brings together leading scientists and Nobel Prize winners from around the world with their eyes firmly focused on the future. They discuss the latest scientific discoveries and innovations and explore their practical impact on our lives and the future.

Tencent Senior Vice President Leon Guo sat down to share his thoughts on the Human Tech Tree and what it means. 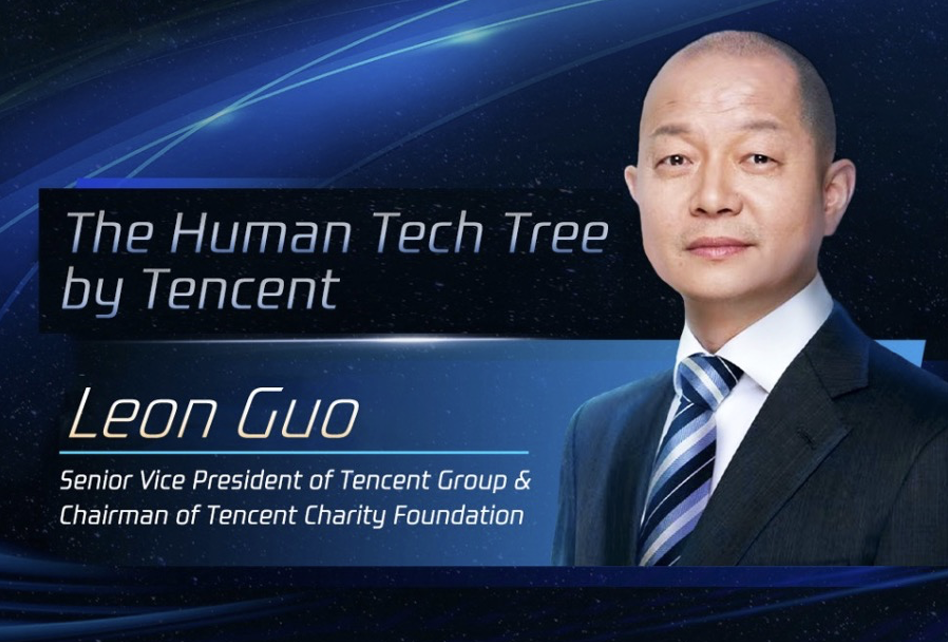 The term Human Tech Tree represents something that dates back centuries. We achieve human progress by building on the scientific breakthroughs and achievements of the past, sprouting new branches on the foundations of those grown before. New knowledge and scientific progress can grow in many directions over time, but ultimately, they share a common root – science.

Reviewing scientific achievements in human history is a daunting process. Each subject has its own pantheon and may cross disciplines while they develop, which often generates new breakthroughs. The Human Tech Tree represents the magnificent history of science and technology. It’s such a huge project that no company can complete it alone.

We recently began working with the Institute for the History of Natural Sciences and the National Science Library of Chinese Academy of Sciences (CAS) to review the history of science and technology, filter key information from billions of academic papers and patents, and use artificial intelligence and immersive convergence technology to visualize the Human Tech Tree and all the scientific disciplines and developments it represents. Our core disciplines, the roots, are the foundation upon which past and future scientific discovery can grow. The branches of the tree symbolize how different scientific breakthroughs often intertwine, becoming part of the whole.

The Human Tech Tree represents our collective growth as we build on the knowledge and understanding of the world around us.

You’ll be able to learn a lot more about the Human Tech Tree in the near future by visiting Shenzhen in southern China. We are planning to establish a museum at Qianhai to showcase science and technology development.

The museum aims to help people learn about science and will feature innovative games to keep visitors engaged. It will also boast an interactive online tour that is enabled by our expertise in games, digital content, cloud, and AI.

The museum will have four permanent exhibitions, room for temporary ones, and a cinema and multipurpose arena.

We are excited to bring the joy and wonder of science and technology to people through the new museum.

As we face ever-more challenging issues like climate change and sustainable development, it is increasingly important that we look to scientists to help us tackle these fundamental and existential problems.

As part of our commitment to creating tech for good, our company has supported scientists and scientific research over the past decade through initiatives like the WE Summit and the Xplorer Prize.

WE Summit has grown tremendously over the past 10 years, providing a platform to more than 80 leading scientists from around the world on topics ranging from theoretical physics and space exploration to brain-machine interfaces, quantum computing, new energy, and new materials.

We’ve witnessed some incredible developments and progress in science and technology globally since the first WE Summit 10 years ago. We’ve also explored solutions for some critical challenges facing the future of humanity.

Through the WE Summit, Tencent hopes to create a platform for international scientific collaboration, deliver scientific knowledge to the public, and encourage young people to participate in this exciting journey of scientific exploration.

Since its inception, WE Summit has been celebrating scientific achievement and discovery worldwide.

In 2013, our founder, chairman and CEO Pony Ma kicked off the first WE Summit with a keynote speech on seven pointers to the future of the Internet. Since then, WE Summit has featured many notable speakers such as the late renowned physicist Stephen Hawking, and Nobel Laureates in Physics Sir Roger Penrose, Reinhard Genzel, Steven Weinberg, and Kip Thorne, as well as Alan Stern, Leader of NASA’s New Horizons Mission, Pete Worden, former director of NASA Ames Research Center, and Zhenan Bao, the first Chinese female Dean at Stanford University.

Dr. Mather is an American astrophysicist, cosmologist, and Nobel Prize in Physics laureate. At this year’s WE Summit, he introduces James Webb Space Telescope, which took 20,000 people to build and over 20 years. It vastly improves on the older Hubble Space Telescope, with pictures taken by the telescope providing scientists with more evidence about space. Dr. Mather also discusses how the project encourages collaboration and teamwork, which drives scientists to do challenging but significant work.

Dr. Lindahl is a Swedish-British biochemist specializing in cancer research. In his speech, he offers his thoughts on the process of scientific experimentation. Using an example from his work on the stability of nucleic acids, he explains how scientific breakthroughs are gained through many years of ongoing work. Through these examples, he wants to encourage budding scientists to seek all the opportunities and possibilities and to keep experimenting, because “there are a lot of things we still don’t know about life and nature, and that makes it an exciting area to work in.”

Leveraging the rendering capabilities of our game engine, WE Summit 2022 will make the presentations film-like "sci-fi blockbuster,” allowing the audience to immerse themselves in the virtual Sun and China Space Station scenes. We will also offer the audience a 360° view so that they can observe and understand the presentations about space and deep-diving better and can truly be inspired by science.

We hope that scientific exploration becomes a cool, new fashion for people, especially the next generation.