This has been a challenging year. The COVID-19 pandemic has taken the lives of hundreds of thousands of people and brought economic hardship to many communities around the world. In times like these, giving a helping hand is more important than ever.

Tencent just wrapped up the first post-pandemic “99 Giving Day”, a charity initiative we launched with partner organizations in 2015 to raise money for those most in need. It has since grown into China’s largest Internet-based charity event and has helped raise awareness and public participation in nurturing an ecosystem of philanthropy.

The primary objective of this year's campaign was to galvanize organizations and individuals to support those who have fallen on hard times. The community responded, donating RMB3.044 billion – a new record. Thousands of institutions and 10,000 companies took part in the campaign this year, which also marked the first time WeChat Pay extended donation support beyond the Chinese mainland to Hong Kong. It is a great example of how technology can be used to help others.

Three years ago, beautiful paintings by kids in China began appearing on Weixin Moments, with users sharing and re-sharing their favorites.

The 36 images were created by children with mental health conditions as part of a virtual “Kids Gallery” to help raise money for charity on September 9, 2017. The ninth day of the ninth month is how “99 Giving Day” got its name. For that campaign, all people needed to make a donation was a smartphone, Weixin, and a willingness to help. More than 5.81 million people donated at least RMB1 to purchase the virtual paintings to use on their phone lock screens and home pages, raising RMB15 million for the Tencent Charity, Ai You Foundation, and World of Art Brut Culture to help improve the lives of people with mental or intellectual challenges. 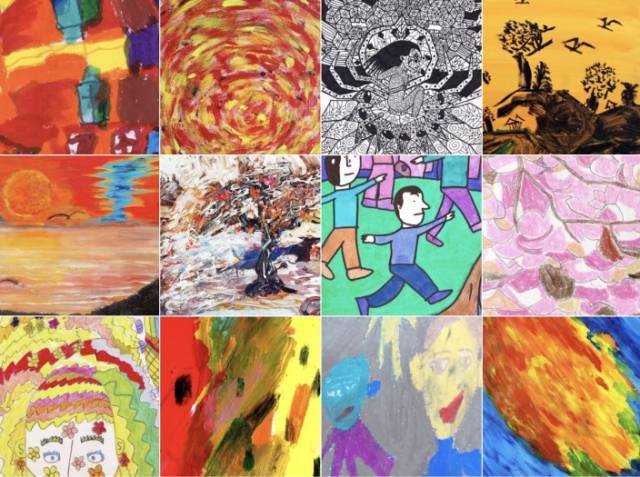 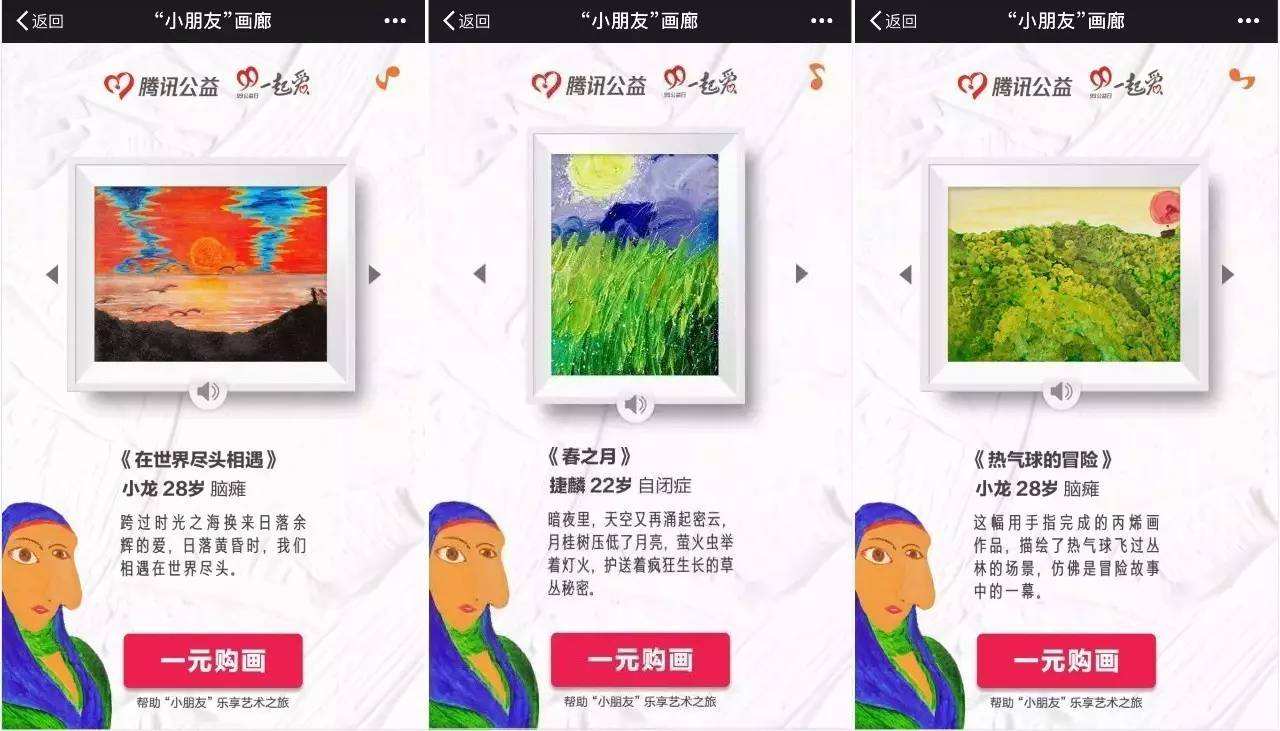 Users purchase a painting for RMB 1 through WeChat Pay and share the activity on their Weixin Moments.

The campaign demonstrated the real-world benefits that can be achieved by using technology for good.

Tencent is in a unique position because it can leverage technologies including mobile payments, social networks, cloud computing, blockchain and others, all of which enable the digitalization of charitable activities. We are also exploring synergies with our own products, including Tencent News and games such as Honour of Kings, to broaden the appeal of charities. The easier it is to make a donation, the more people are willing to help.

Another example of technology supporting charities happened last year, when we leveraged our two live-streaming platforms, NOW Live and Kandian Live, to demonstrate the importance of donations. Ninety-nine live streaming hosts took part, visiting the homes of recipients to show how donations can make a material difference in people’s lives. Viewers could donate directly during the live stream and share their good deed on Weixin Moments and Qzone. 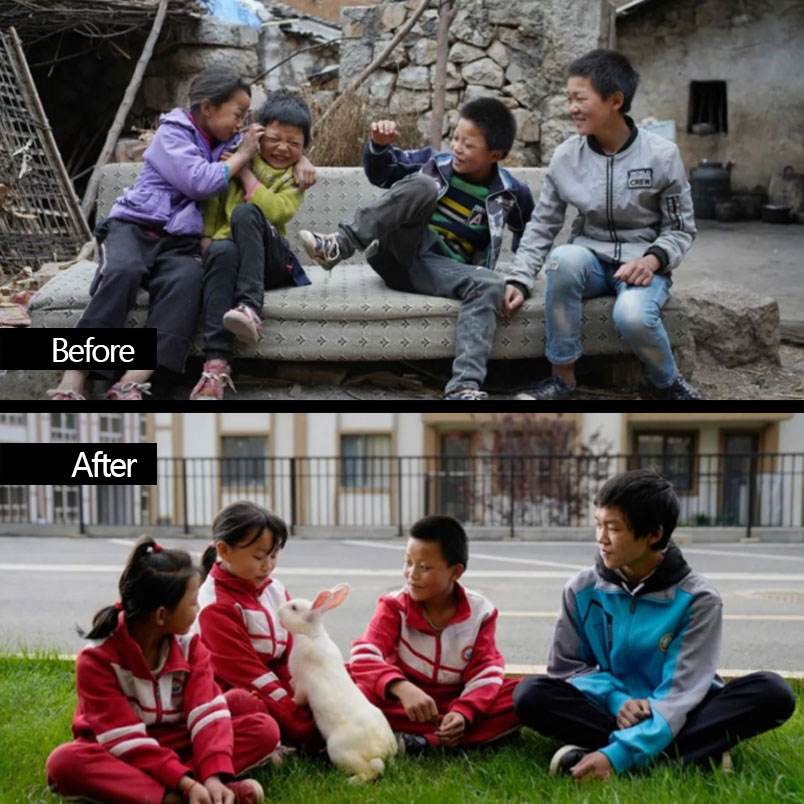 Through "poverty alleviation" projects on the Tencent Charity platform, children from underprivileged families are able to receive education and a better quality of life

Keep improving the transparency, digitalization, and efficiency of Internet-based charities

Prior to this year’s 99 Giving Day, the technical team at Tencent Charity launched a "SaaS Plan" to provide our technologies to charitable organizations and partners, enabling them to count donations on the cloud, improve transparency, boost digitalization, and make Internet-based charities even more efficient. So far 50 charitable organizations have taken part in the "SaaS Plan" and the number of partners is expected to reach 100 by the end of this year.

Charities wouldn’t work without transparency and trust. These form the solid foundation that is necessary for any charity initiative to succeed. This is the first year that we used Blockchain technology, which further boosted transparency by making the projects traceable and verifiable.

"In the post-pandemic age, '99 Giving Day' will have a new starting point and the charity ecosystem will face more opportunities and challenges,” said Charles Chen, co-founder of Tencent and the founder of Tencent Charity Foundation, at the opening ceremony of this year’s campaign. “Tencent's charity platform will continue to deploy more technical strength and partner with charitable organizations to keep improving the transparency, digitalization, and efficiency of Internet-based charities."

Together We Can! Let’s do good together. 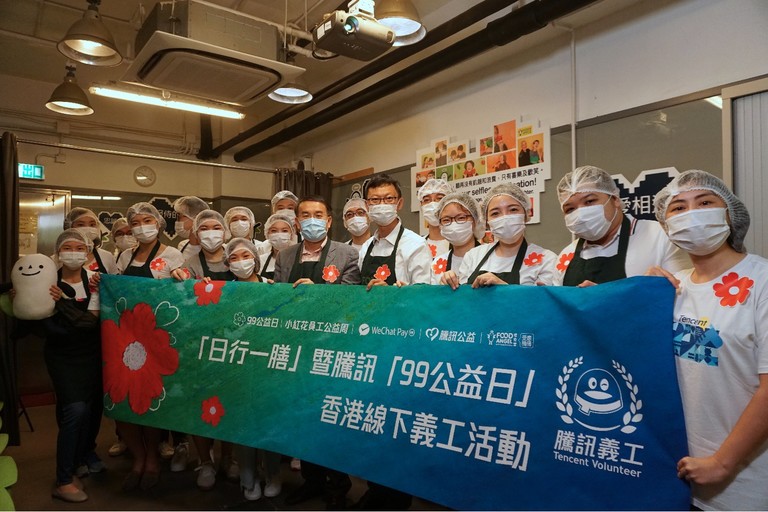 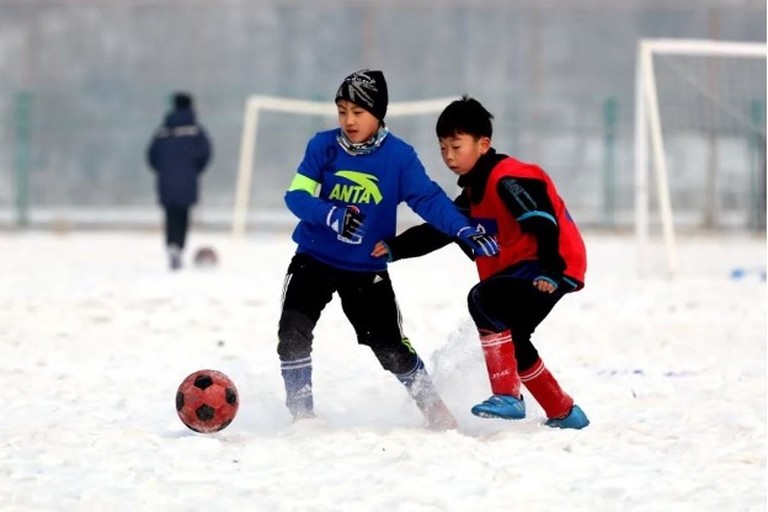