Projects for a More Sustainable World

Creating a more sustainable future has become a high priority for people and companies around the world, especially in recent years. As a global technology leader, Tencent is prioritizing its efforts to achieve a more ecologically conscious environment. 2021 has been an exciting year in which the company has made significant sustainable development contributions. Here are eight of the most important projects we’ve undertaken this year.

Climate change is resulting in a wide range of problems that affect everyone. Reducing carbon emissions is a good way to combat global warming. Using a variety of energy-saving technologies and solutions, Tencent’s data centers are working hard to reduce carbon emissions. 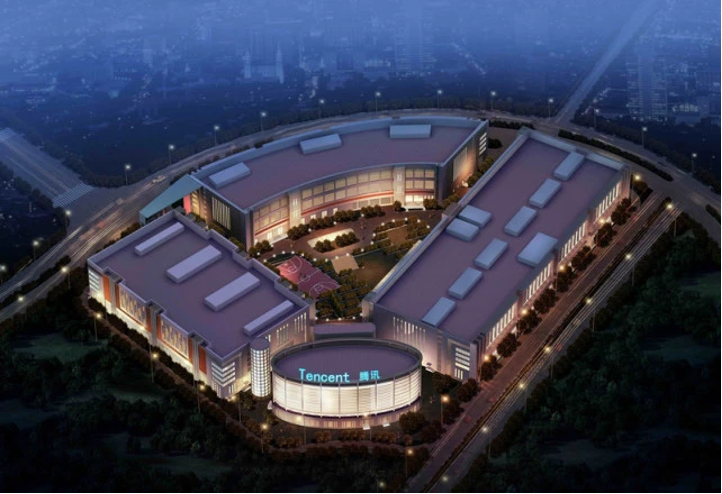 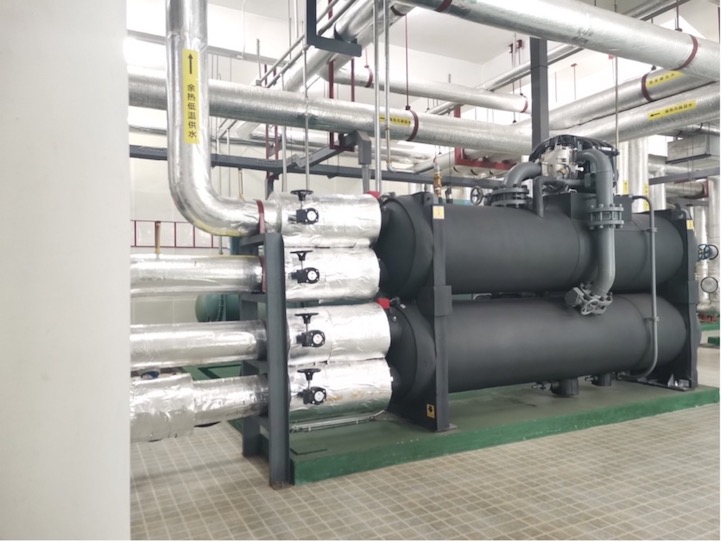 The waste heat recovery system in the Tianjin Data Centre.

Snow leopards, known as the “kings of the mountains,” are in jeopardy of extinction. Today there are fewer than 4,000 left on the planet.

Tencent has partnered with researchers and the World Wildlife Fund (WWF) to build a digital detection platform in China’s Qilian Mountain National Park for snow leopard monitoring. The program has been effective in tracking and collecting data on the species, as well as helping with conservation efforts and environmental protections. In the past, these animals were extremely difficult to see in the snowy, rocky environments they inhabit due to the coloring of their coats.

Tencent has partnered with researchers and WWF to build a digital detection platform for projecting Snow Leopards.

A Movie You Can Listen to

During the COVID-19 pandemic, fewer people attended movies. This was particularly difficult for those who are visually impaired because watching movies at home is challenging without additional support.

Sadly, copyright laws related to movies often pose a major issue in the creation of these films. Tencent has teamed up with partners to provide support for Xinmu Cinema so visually-impaired people across the country can enjoy access to more movies online.

In addition to supporting barrier-free movies, Tencent is also dedicated to developing visually impaired software for those with low sight levels. Find out more. 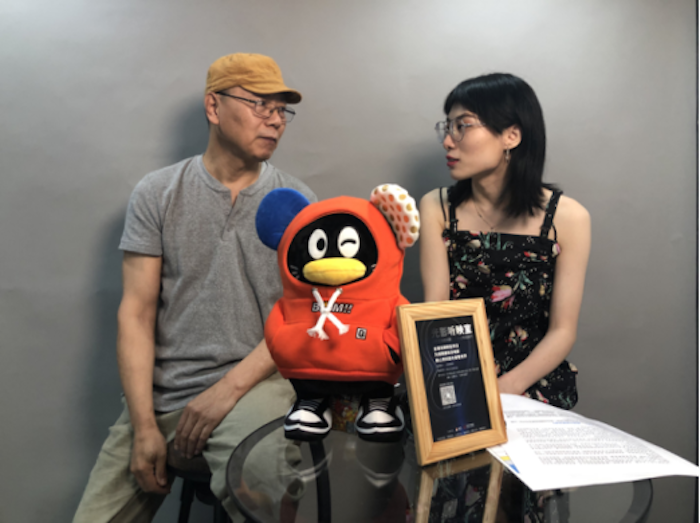 Through cloud computing, Internet of Things, artificial intelligence and other technologies, the health and wellbeing of elderly people can be improved. Last year, Tencent brought AI into nursing homes to help keep the elderly safe.

Nursing homes use an advanced alarm system called “Invisible Caregivers” that employs more than 100 detectors to sense if a person falls and then calls for an ambulance. The program can also alert staff when an elderly person approaches the boundary of the nursing home, helping prevent seniors from wandering away into possible danger.

The Invisible Caregivers product, which is being continuously upgraded by Tencent’s research and tech teams, aims to provide top-quality services to the elderly and keep them healthy and living well. Tencent anticipates that “AI technology x eldercare” will be more broadly applied in different areas in the future.

The research team “falls” on the ground hundreds of times to test the fall detection technology being used by nursing homes.

Cultural Heritage in a Digital World

Imagine exploring mysterious relics on your smart devices. With Weixin mini programs, you can now “visit” precious cultural heritage locations such as China’s Forbidden City, the Terracotta Army and the Mogao Caves in just a few clicks.

Cultural heritage is a precious legacy for all human beings, but not everyone has a chance to visit these sites physically. Tencent has adopted digital tools and AI technology to digitalize cultural heritage so visitors can experience the relics through virtual reality (VR) tours. The program also enables future generations to permanently access the historic sites.

Apart from VR experiences on mini programs, Tencent incorporates cultural heritage in other areas, including digital literature, animation, film, music and games, with the intention that more people will learn about traditional culture through different mediums.

A VR tour of the Terracotta Army.

The Chinese language has many different dialects. While some versions can sound very different from Putonghua (standard Mandarin), it is common for people to use these dialects when communicating in their hometowns. But in big cities, like Beijing and Shenzhen, those who cannot speak fluent Putonghua can experience difficulty communicating day-in and day-out.

To encourage people to improve their Putonghua, Tencent launched a mobile game called Putonghua Little Town in 2020. Players can complete missions and level up in the game by speaking Putonghua. Missions require players to speak sentences that are frequently used in daily conversation, which makes the practice helpful for real-world application.

Data show that nearly 20 percent of China’s population is not fluent in Putonghua. This often poses an obstacle for people to escape poverty as language barriers may isolate them from opportunities in larger cities. It is challenging for people who are not fluent in Putonghua to receive proper training and get good-paying jobs. Therefore, it is crucial to equip these citizens with Putonghua education to improve their personal development.

Small businesses have experienced a difficult time during the pandemic.

In 2020, Weixin Pay launched a subsidy program for small businesses all over China, putting significant resources in place to secure their businesses and reduce operating costs. Among other things, the program provides free insurance for small shops to cover fraud or if they have a confirmed COVID-19 case in the shop. Free devices such as receipt printers and speakers are provided and the program also waives withdrawal fees for shop owners.

By April 2021, Weixin Pay had waived a total of RMB3 billion in withdrawal fees and provided free devices worth RMB1 billion. Over the next three years, the program is anticipated to save an additional RMB10 billion for small business owners. 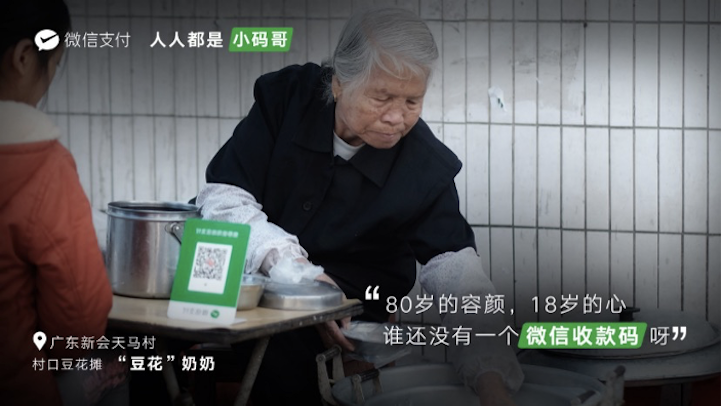 Established in 2019, The Xplorer Prize is one of the largest talent-funding programs for young scientists in China. It encourages young talent to research new and unexplored areas of science and frontier technologies.

In 2021, 50 outstanding young scientists were awarded a total of RMB3 million (approximately US$450,000) each to pursue studies and explore the unknown. The award areas included mathematics and physics, astronomy and geoscience, energy and environmental protection, life sciences, and more.

Many of the young scientists who received this award previously have achieved notable acclaim. For example, Dr. Xin Zhou from the Chinese Academy of Sciences developed MRI techniques that offer early and accurate diagnosis of lung disease, providing important technological support for the recovery of COVID pneumonia. Dr. Tiefeng Li from Zhejiang University was featured on the cover of Nature for building a fish-like soft robot that can withstand extreme pressure at a depth of 10,000 feet. 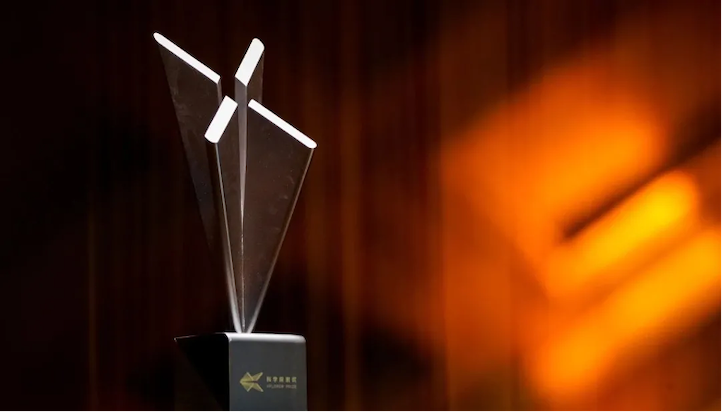 The Xplorer Prize has recognized 150 scientists in the past three years.

These eight projects are just a small sampling of Tencent’s contribution to sustainable development. Tencent is committed to building a sustainable future by using digital technology. It is the company’s mission to raise awareness of sustainability through different projects both now and in the future.